Never in the history of chili making, did anyone who spent countless hours perfecting their chili recipe NOT believe theirs was the best chili EVER. So I think my less-than-humble claim to the ‘Best Damn Vegan Chili’ is probably acceptable—even in here in the Midwest, where only Canadians surpass us in politeness and humility. 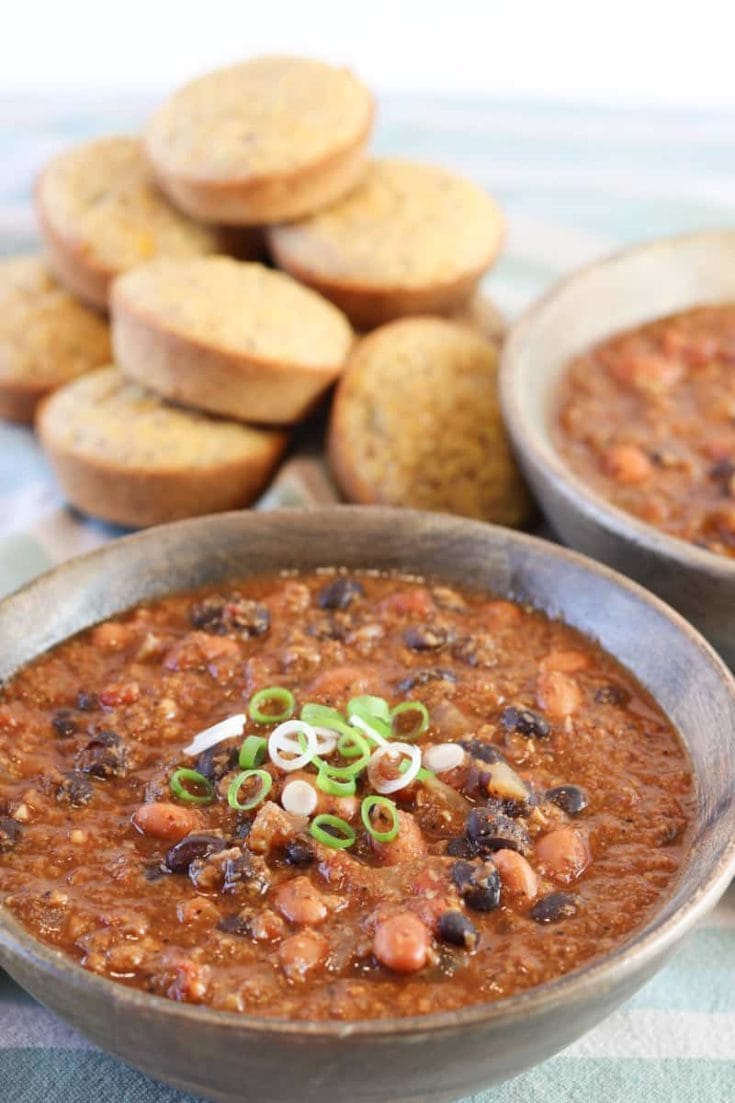 Why I call this the best damn vegan chili ever

My best vegan chili recipe is an evolution of the traditional, rich and ‘meaty’ chilis I’ve been cooking up most of my life—some as a vegetarian, some as an omnivore, and now this vegan version. What I’ve strived for in all these recipes is a balanced blend of spices, a just-right beans-to-chili ratio, and most important, a rich, hearty texture. 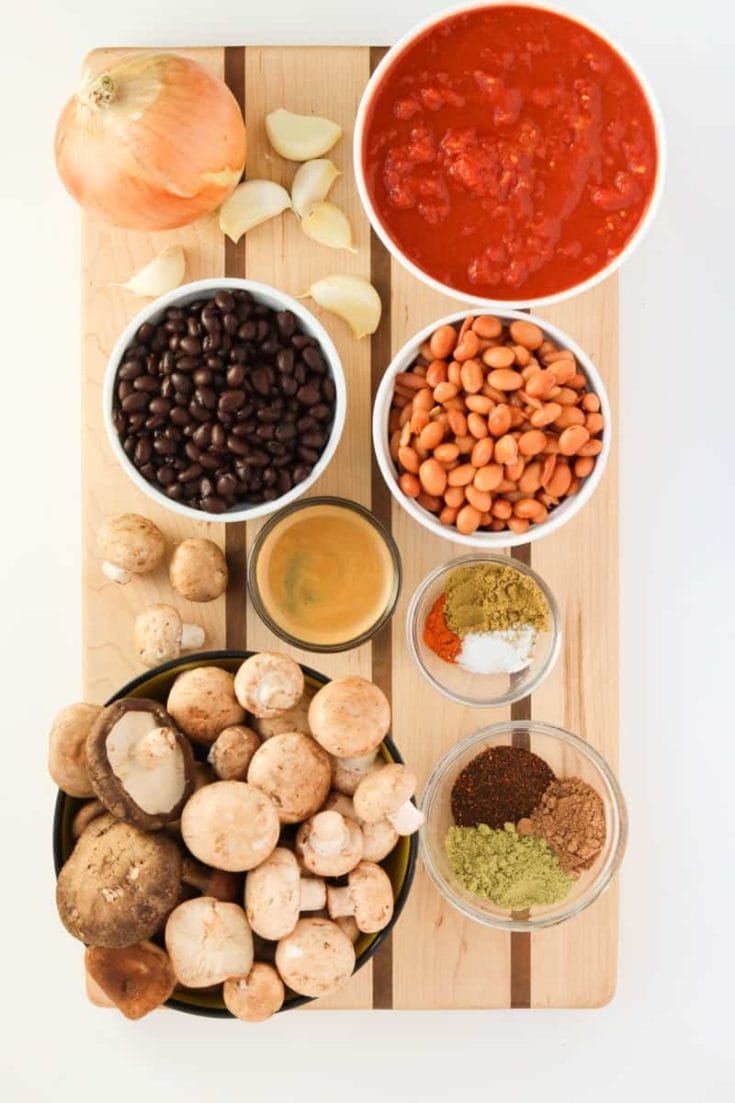 I’ve made (and enjoyed) plenty of ‘many vegetable’ chili recipes with ingredients like zucchini, eggplant, corn and the like. But, in my book, these are more like chili-flavored stews than real chili. For me, the best vegan chili has gotta have that rich, hearty, ‘meaty’ mouthfeel—without the meat, obviously.

In this best vegan chili recipe, the convincing texture, and much of the earthy flavor, comes from mushrooms. Wait! Before you say you lost me at mushrooms, hear me out! In this recipe, we transform those fungi! 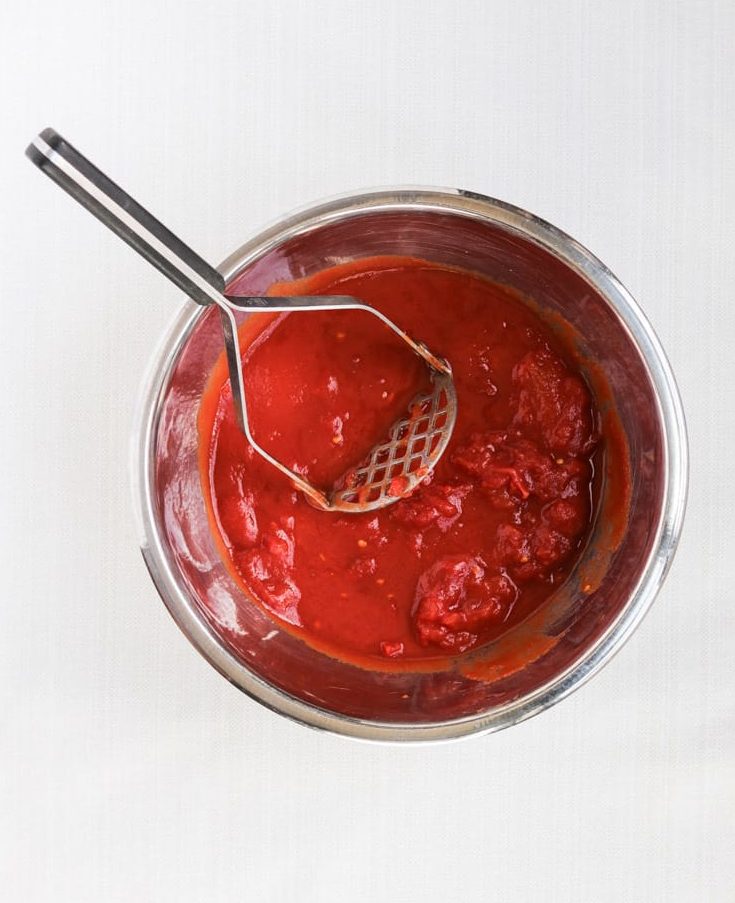 How to Make the Best Vegan Chili

How you ask? First, while you can use any kind of mushrooms, I like a blend of creminis and shitakes. Shitakes are a bit expensive, but they have a wonderful, full-bodied, earthy flavor that’s kind of magical in this chili. And did you know, mushrooms help prevent breast cancer? It's true, and plain white buttons mushrooms appear to do this the best.

Second, rather than simply slice or rough-chop the mushrooms, they get ground in the food processor (see photo). I imagine you could also do this by hand. The key is, you don’t want to turn them into mush, just a nice fine dice. 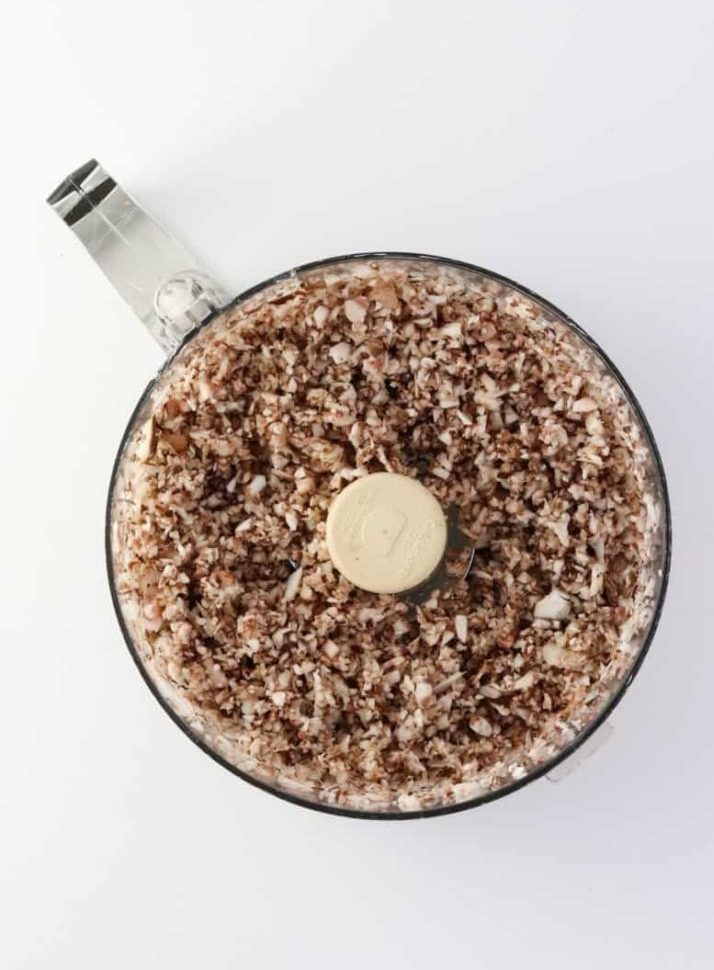 Third, the mushrooms get thoroughly browned until all of their liquid is released. This does away with their spongey, wateriness while concentrating and enhancing their umami flavor. The result is a rich, healthy, hearty stand-in for meat, with a texture and flavor guaranteed to please all but the die-hard mushroom hater/meat lover. And the best vegan chili, ever.

Finally, if you’ve skipped down to the recipe and are wondering if ‘¼ cup of strong coffee or espresso’ is a mistake, it’s not. Like the well browned mushrooms, the coffee provides an added layer of complexity and helps balance the strong flavors of the mushrooms and ground fennel seed in this chili. Besides, could this really be the best vegan chili if it didn’t have a secret ingredient? 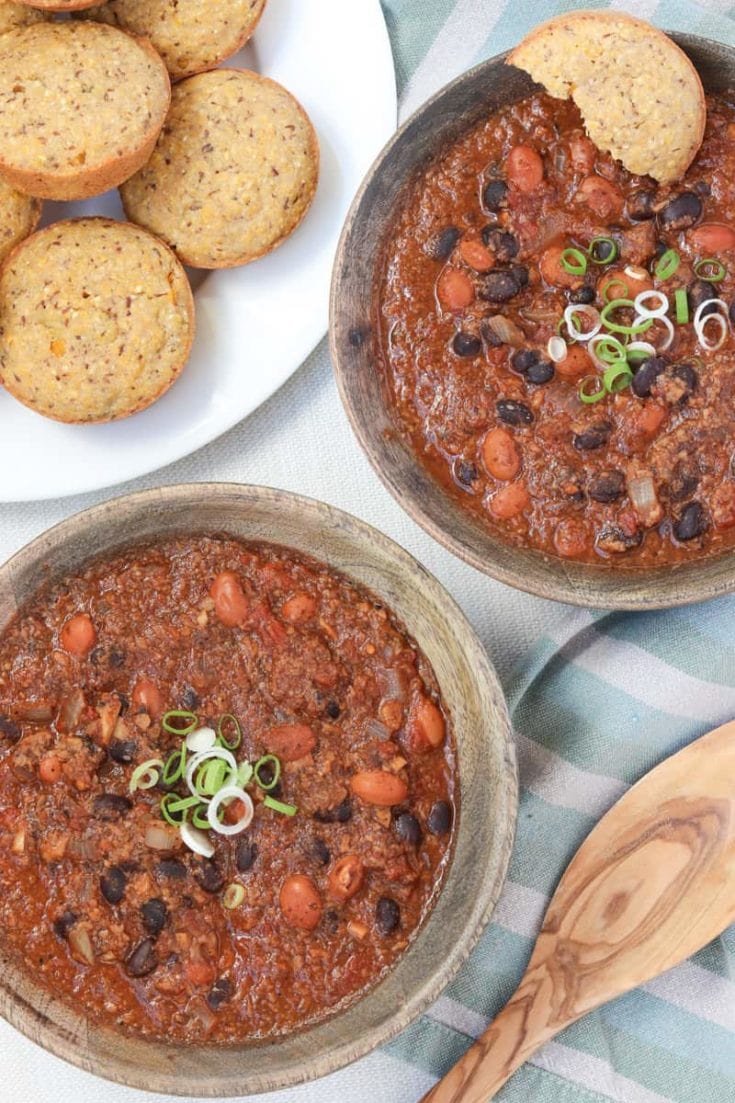 Bake up some Rustic Polenta Muffins and get ready to sop up every last drop of this delicious, satisfying chili. 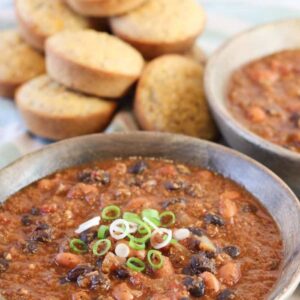 Best Damn Vegan Chili is loosely inspired by Forks Over Knives Bean and Mushroom Chili–and dozens of chili recipes I’ve made throughout the years.