The tanginess of the lemon, fresh grassiness of dill and sweetness of corn all come together in a bright explosion of summertime flavor in this vegan corn chowder.

I wouldn’t share a recipe with you that I didn’t believe was really tasty. Aside from tacos (there are ALWAYS tacos!) this Lemony Sweet Corn Chowder is by far, hands down, my favorite thing to eat this summer. 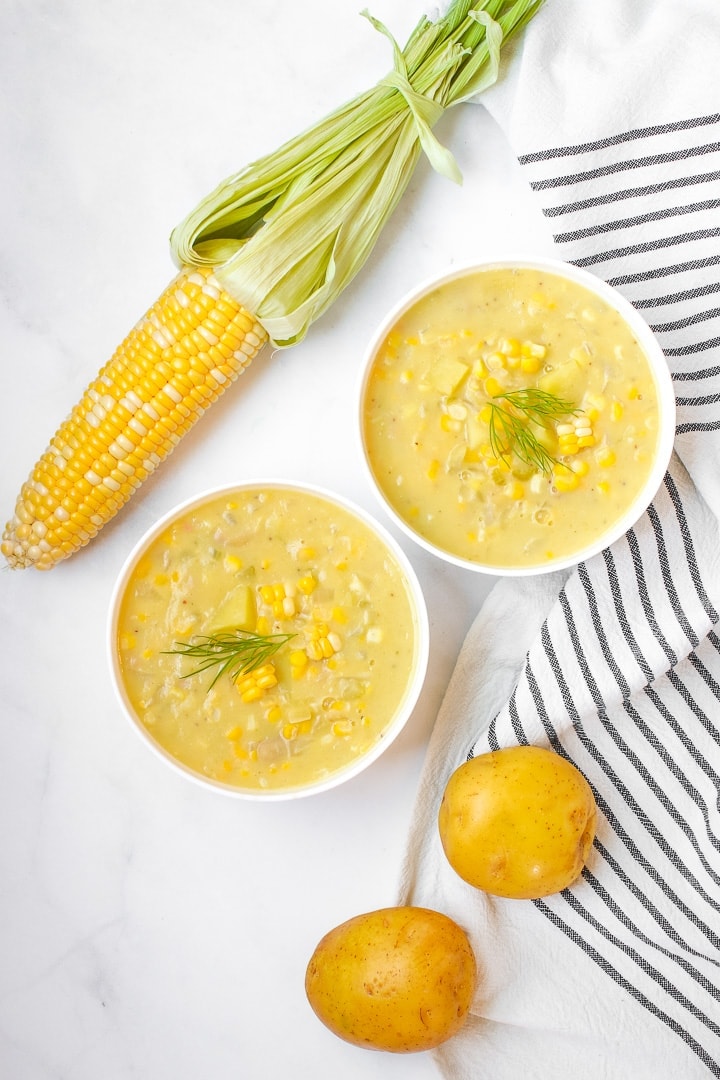 If you could capture sunshine in a bowl, it would be this soup! Which is exactly what I need right about now, because July in Wisconsin means two things to me: “Yay! It’s almost fresh sweet corn season!” And, “Dang, summer’s already half over!” 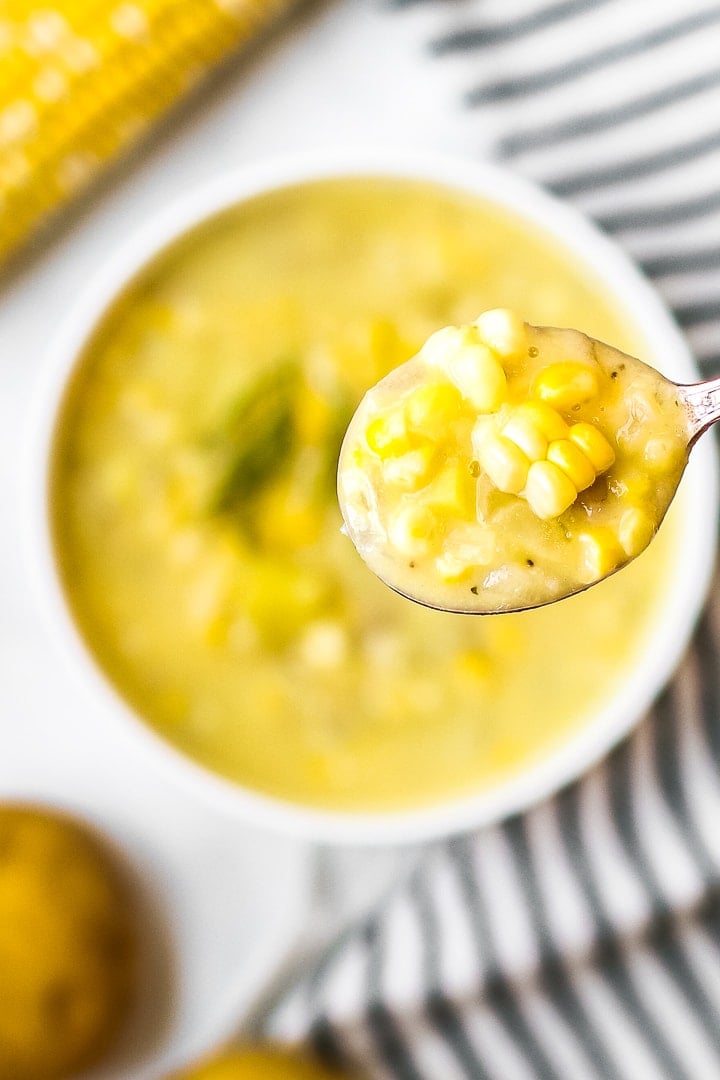 If the concoction in your bowl is creamy AND thick AND chunky, it's probably a chowder, not a soup. Especially if it has big pieces of potato, which this vegan corn chowder certainly does. (Or in the case of my Lemony Lentil Turnip Chowder, turnips.) Of course you could easily convert this recipe from a chowder to a soup by either adding more broth or blending up the entire pot. But I like it best just the way it is. (Read more about the differences between soup and chowder.) 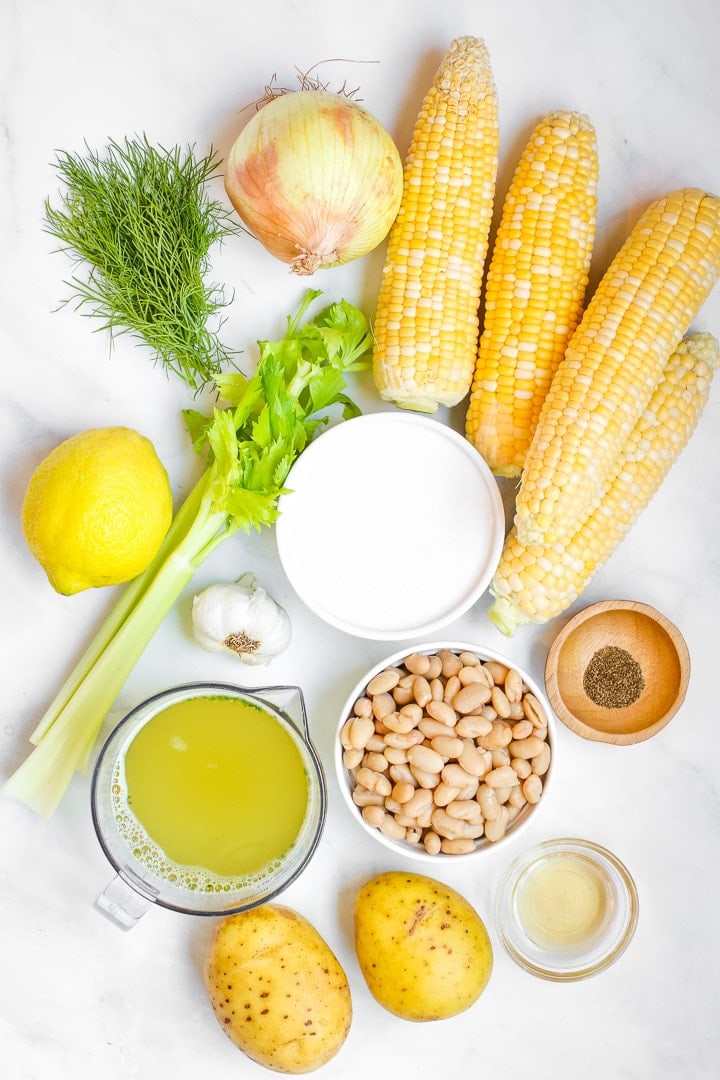 How to Make Sweet Corn Chowder

To make a truly great bowl of chowder, start with the freshest, juiciest sweet corn you can find. Then, when you slice it off the ear, pour all of the juices into the pan with it. Next, to make it creamy, add some lite coconut milk, plant milk, or even a couple of dollops of plant-based yogurt. (See more below). 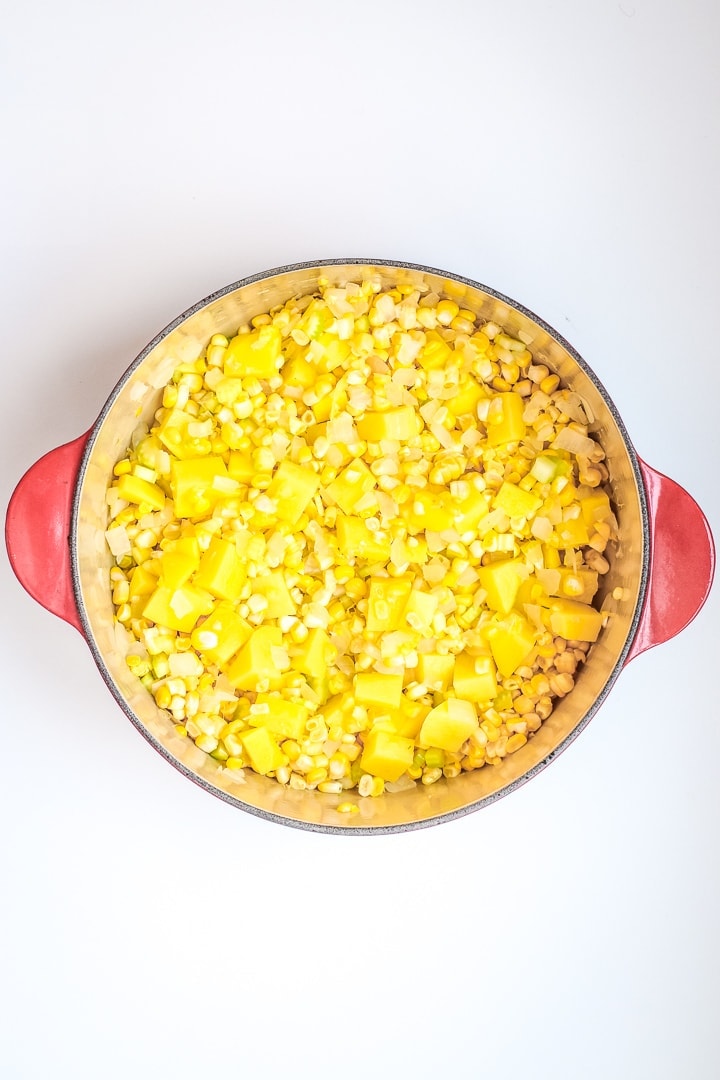 Finally, to thicken your corn chowder, blend some of the cooked soup and pour it back into the pot. Sure, you could use thickeners like cornstarch or flour, but this is the simplest, tastiest, and most WFPB compliant way to thicken your chowder. (Why add processed ingredients you don't really need to? 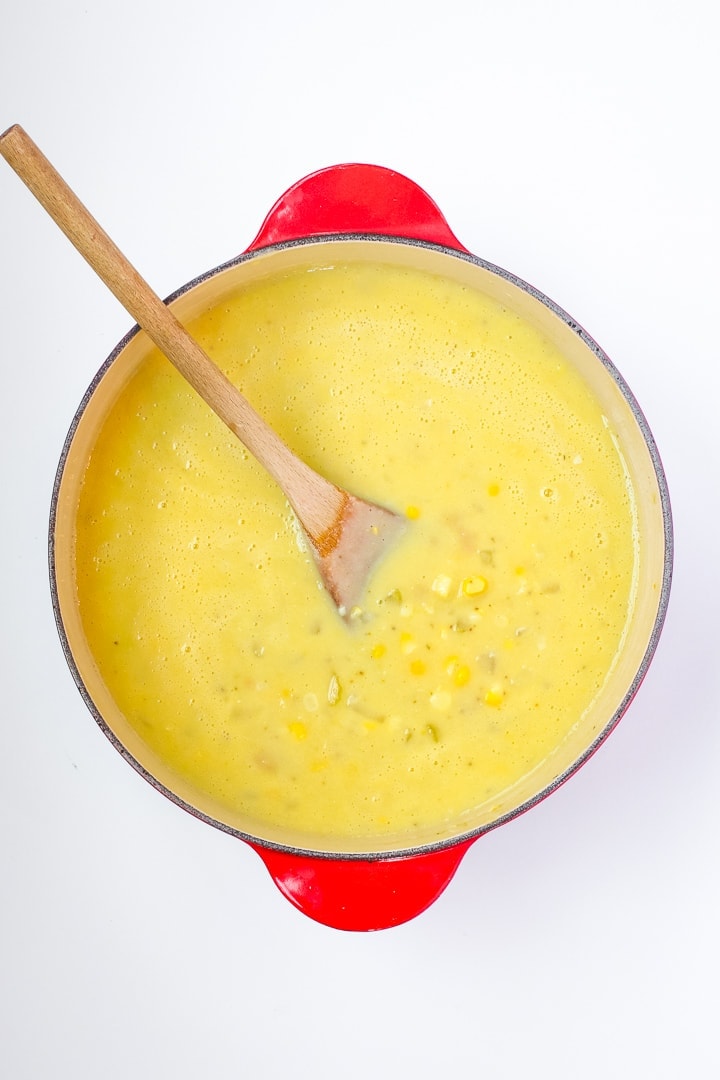 To thicken corn chowder, blend 3 cups and add it back to the pot

This lemony sweet corn chowder recipe is both yummy and relatively healthy. I say relatively because it does have a few grams of saturated fat per serving (if you go with the lite coconut milk), which is a whole lot less than most chowder recipes out there. But if you need to avoid fat and/or saturated fat completely, simply substitute non-dairy milk, use a dollop or two of plant-based yogurt, or just add more stock. It will still be delicious.

Like most chowders it has potatoes, which aren't as nutrition-packed as some ingredient. So I included some fiber-full cannellini beans to boost the fiber in this dish.

This corn chowder is creamy without being heavy. It gets a touch of richness from light coconut milk and blending some of the soup to thicken it, while the acidity of the lemon, the sweet, crisp corn and the fresh herbs keep everything feeling light and balanced.

I like this corn chowder as a simple, light supper, with an arugula salad and a bit of whole grain bread on the side. If you make this recipe (PLEASE, do give this one a try), I’m dying to know if you love it as much as I do! 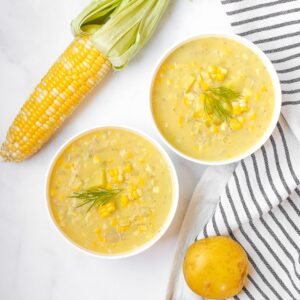 As an Amazon associate, I may earn a small commission at no cost to you. Thanks for your support.