I know I’m not alone on this, but tacos may be one of my all time favorite things to eat. There are so many ways you can do them, they just never, ever get old at our house. Or even when we eat out, since it’s not too hard to find vegan tacos. So imagine my delight when I first bit into these spicy, saucy Cauliflower Tacos with Romesco Sauce. My new all time favorite taco!

Why I love a good plant-based taco

First, it's easy to make tacos that are plant based. Most traditional tacos have some kind of animal protein, then veggies, salsa, guacamole—what have you—on top. So to veganize them, it’s just a matter of replacing the main filling ingredient with a plant-based one.

Second, there are as many ways to do plant-based tacos as your imagination allows. I've enjoyed some really delicious Korean tacos, Asian tacos, and in the case of these cauliflower tacos with romesco sauce, now Spanish tacos. 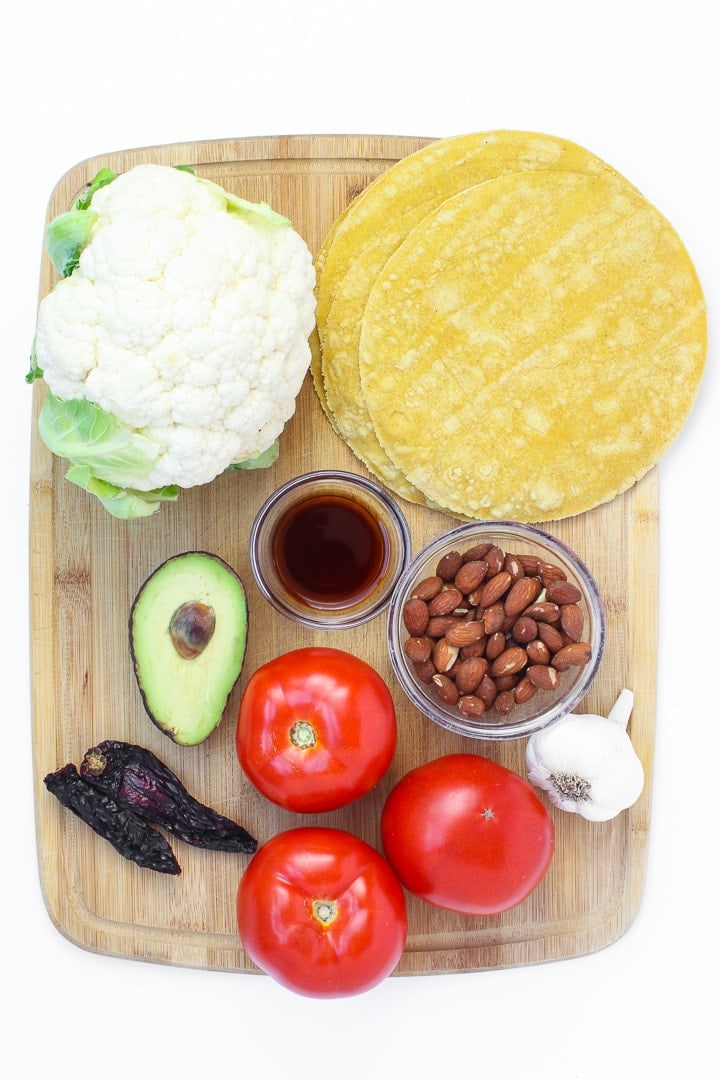 I’d call these tacos 'Spanish-influenced’ because Romesco sauce originates from Catalan, Spain, where it was developed as a sauce for fish and seafood. (If you haven’t been to Spain, but have always wanted to—go! It’s glorious. I especially recommend Barcelona.)

How to make cauliflower tacos in the oven

Aside from it's amazing flavor, the beauty of this dish is that it’s an easy, convenient sheet-pan dinner. Almost all of the ingredients for this recipe roast in the oven together on 2 sheet pans. 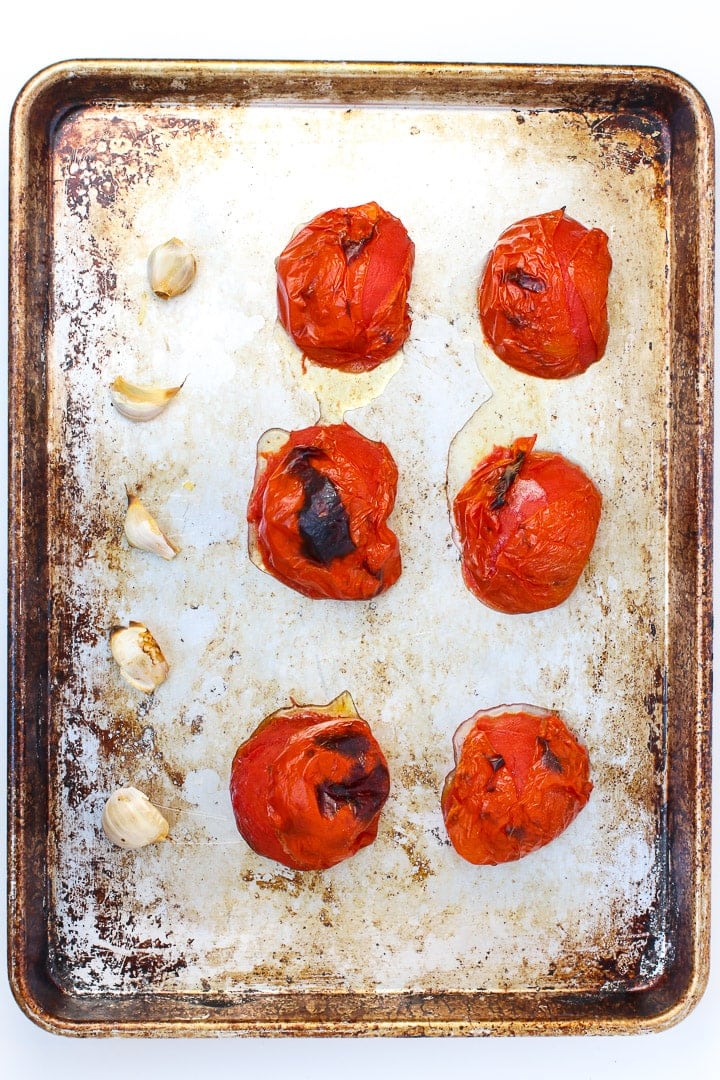 Your cauliflower florets go on 1 sheet pan, and your romesco sauce tomatoes and garlic go on the second one. Everything’s done in about 25 minutes.

Then, a few extra ingredients (toasted almonds, sherry vinegar, rehydrated peppers, and optionally, half an avocado) get blended up with the tomatoes and garlic to make a thick and chunky romesco sauce you can make as spicy or mild as you like. 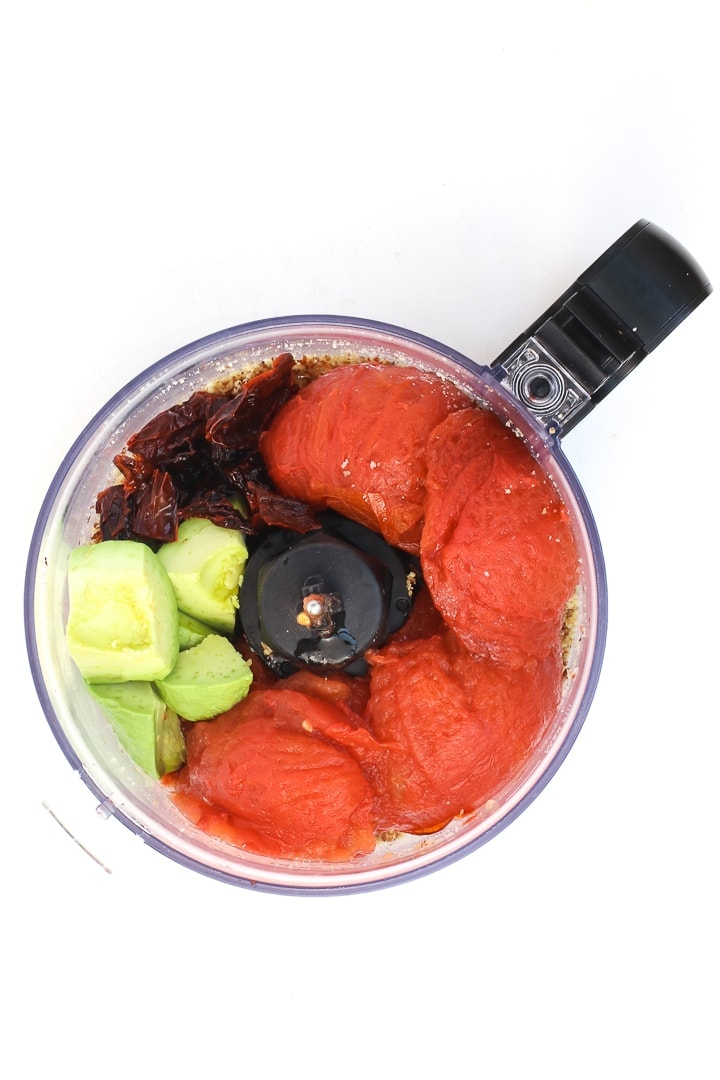 What to eat with cauliflower tacos with romesco sauce

There’s really no wrong answer as to what to eat with these cauliflower tacos with romesco sauce. I personally prefer these in a corn tortilla. And, I’d stick with toppings that can hold their own on in this saucy taco. (Shredded iceberg lettuce, for example, is far too wimpy.) 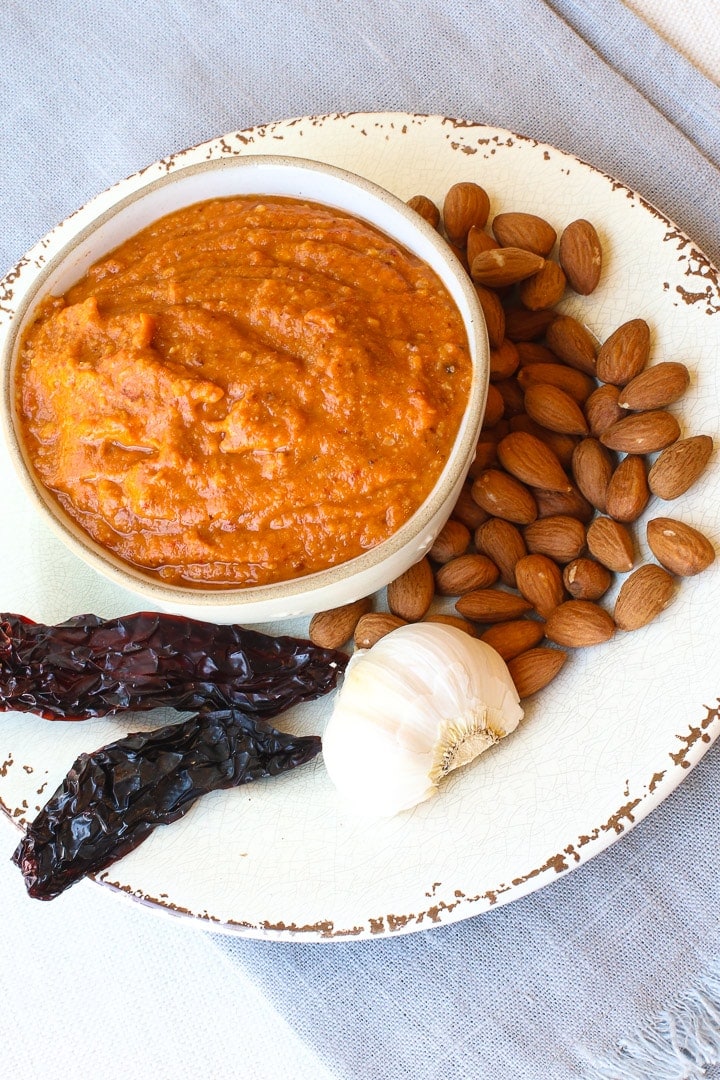 I like to top my cauliflower tacos with romesco sauce with diced red onion, some hearty lettuce or cabbage, roughly chopped cilantro, shredded carrots and so on. A good slaw--like my Purple Cabbage Slaw--would also be AH-MA-ZING here.

The only thing I'd definitely avoid would be any ingredient that would add more fat. With its almonds and optional avocado, this romesco sauce is already plenty rich. (To reduce the fat even further, check the recipe notes.) I'd go with bright, crisp topping that counter the richness, rather than add to it. 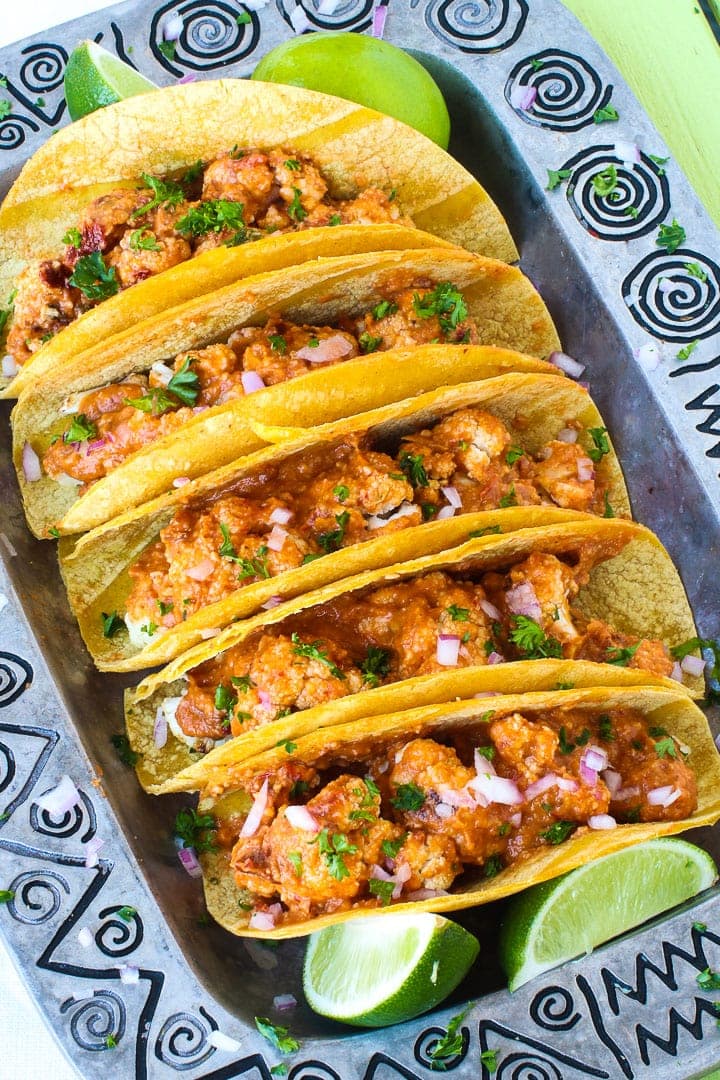 If you’re a taco lover like me, I hope you get a chance to make these beauties. They will not disappoint, and I wouldn't be bit surprised if they became your new, all-time favorite taco. 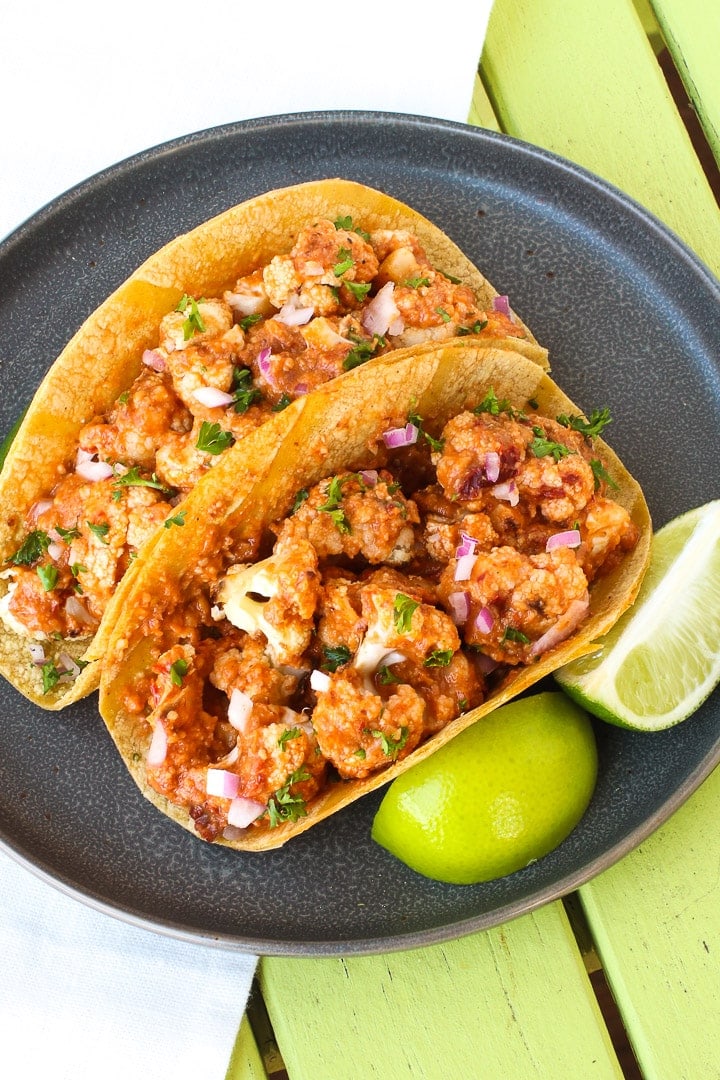 Inspired by the Cauliflower Tacos with Romesco Sauce Hemant and I love to eat on date nights at our local Bartaco restaurant. The food is delicious, and they always do a great job making sure our meals are vegan and oil-free/oil-minimal. 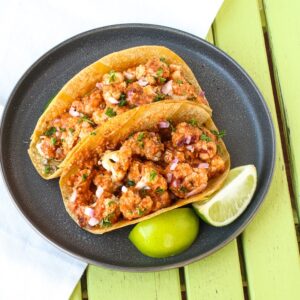