This vegan Lemony Lentil Turnip Chowder is light and hearty (yep, I think soup can be both light and  hearty!), and a tangy, tasty way to pack nutritional variety into your diet. Since 'soups on' in half an hour plus change, this chowder makes a quick, easy and truly satisfying weeknight meal. 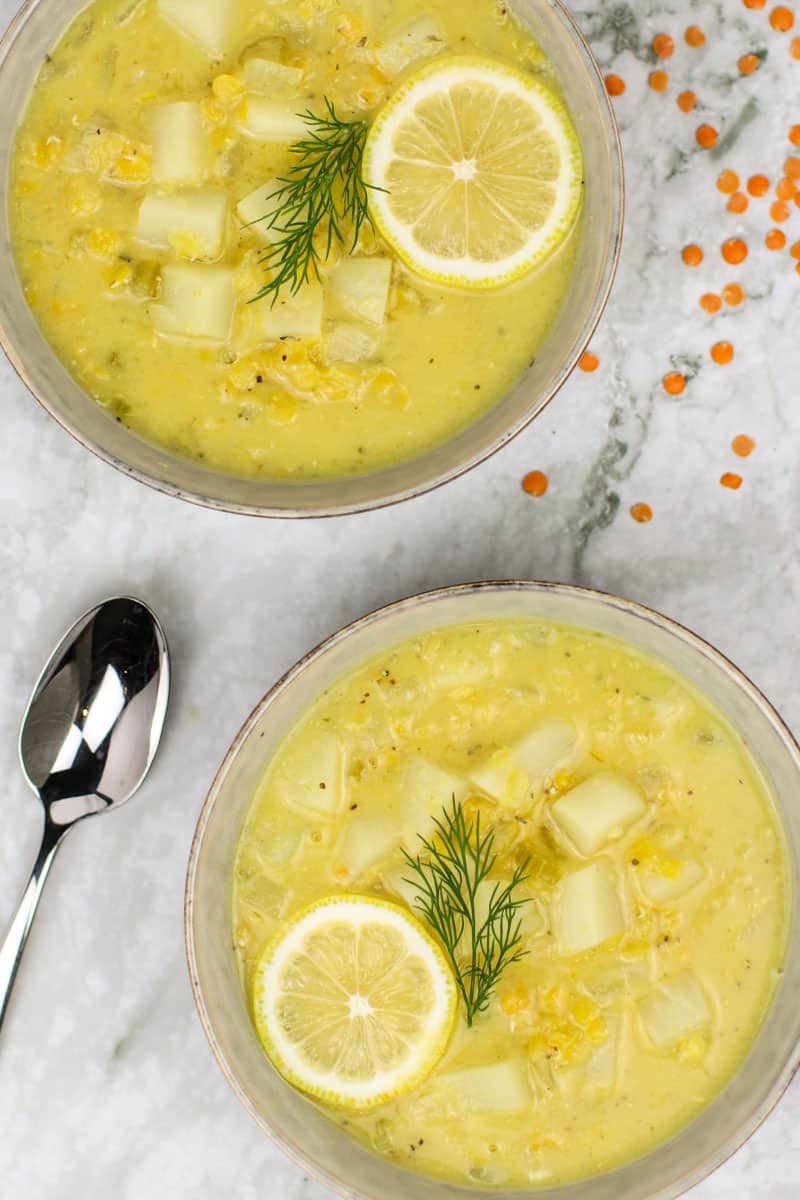 Why I Love this Vegan Lemony Lentil Turnip Chowder

This vegan lemony lentil turnip chowder is quite similar to one of my favorite summertime recipes, Lemony Sweet Corn Chowder. In both chowders, the tanginess of lemon and fresh grassiness of the dill come together in a bright explosion of flavor. But when fresh sweet corn is out of season, this lentil turnip chowder recipe is my lemony chowder go-to. 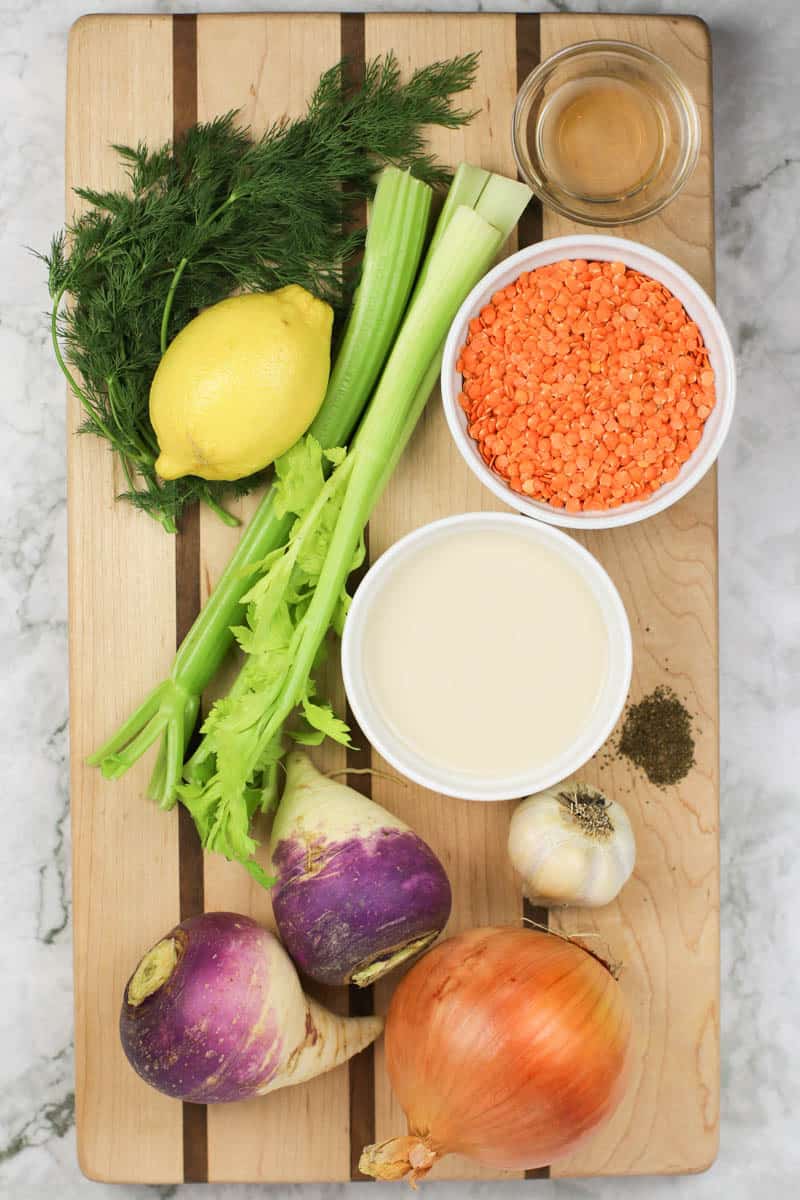 In this recipe, we mix things up a little by using turnips rather than the traditional potatoes one typically expects in a chowder. I love turnips for their slightly bitter, almost radish-like flavor. I also consider it a bonus whenever I can incorporate ingredients from the produce aisle other than my old faves. (Hello, potatoes!)

That's because fruits and vegetables have unique nutritional profiles that offer different health benefits--and would you believe, our bodies are actually built with specific receptors for specific fruits and veggies? So yes, diversity in our diet matters. 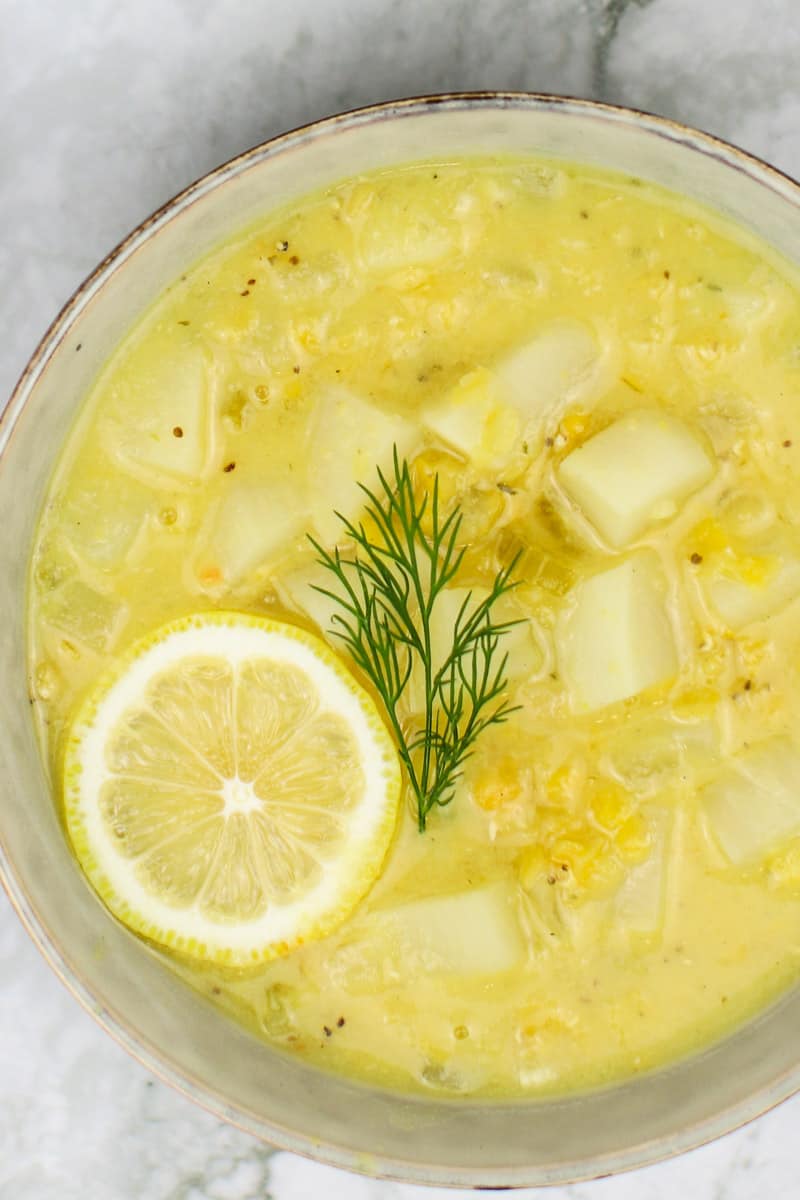 I also just can't get enough lentils (and chickpeas) lately, ever since I watched this short video on NutritionFacts.org. Compared to other beans and legumes, lentils pack some serious nutritional punch. So I'm making and effort to include more of them in our black-bean dominated diet (black bean burritos, smashed black beans & avocado toast--I even put black beans in our brownies!) 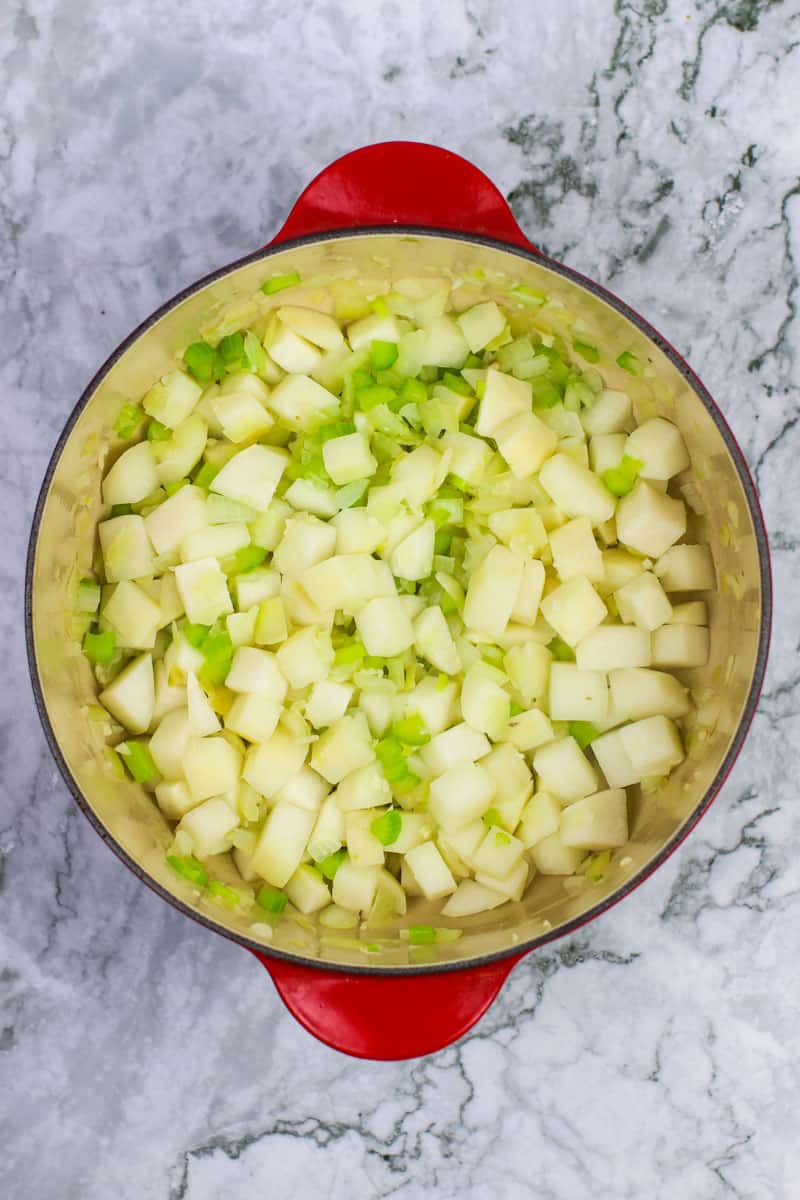 If you're a multi-tasker like me, you'll appreciate that you can do your prep in steps. For example, while the onions, garlic and celery are sautéing, you have time to dice your turnips and rise your lentils. Then, while the turnips and lentils are cooking, you can get out the blender, chop your dill, and squeeze and zest your lemon. And before you know it, soups on! 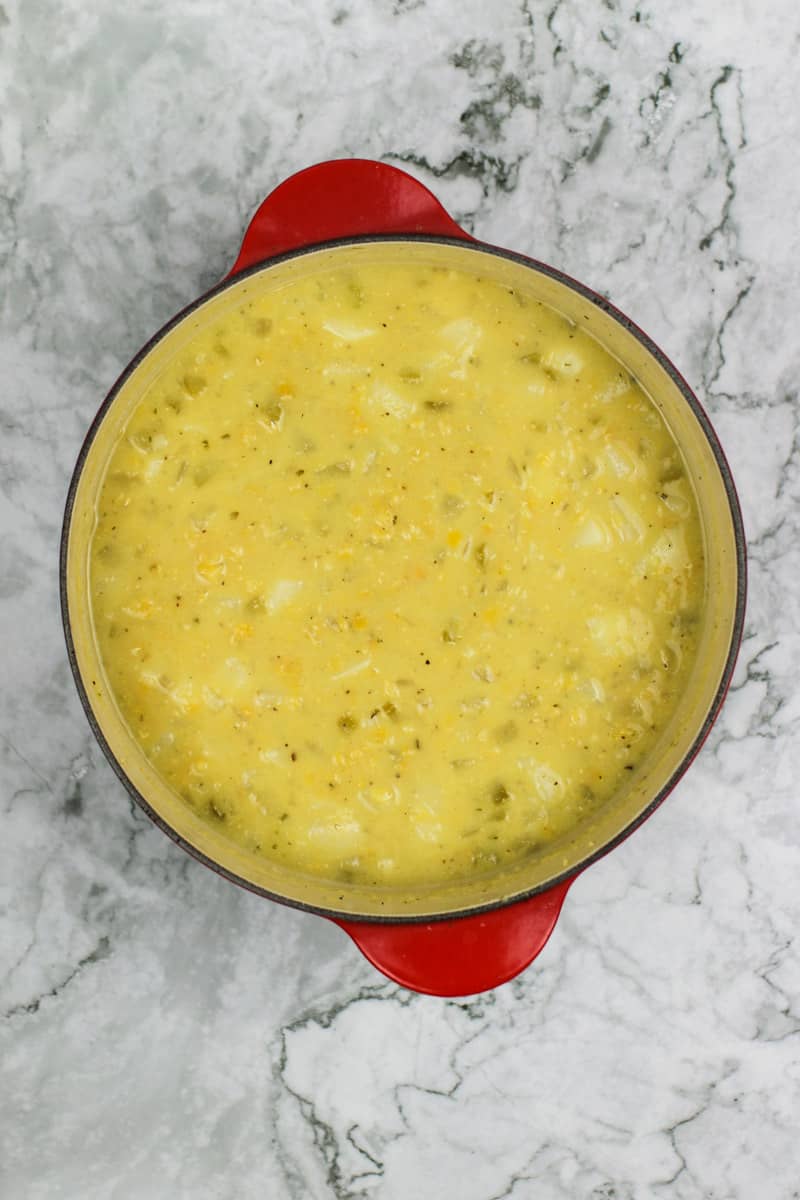 I use red lentils in this vegan lemony lentil turnip chowder recipe because they cook fast (about the same time it takes for the diced turnips), so everything is ready together. While it's never a good idea to add salt or acid to lentils or beans before they cook (see recipe notes), red lentils are SO forgiving!

If you forget and salt your onions or add the lemon juice too soon (yup, I have), this soup still cooks up right on time. Just be careful not to boil or over cook red lentils, as they'll start to get mushy and fall apart quickly. Not a deal-breaker, but maybe not the prettiest in your bowl. 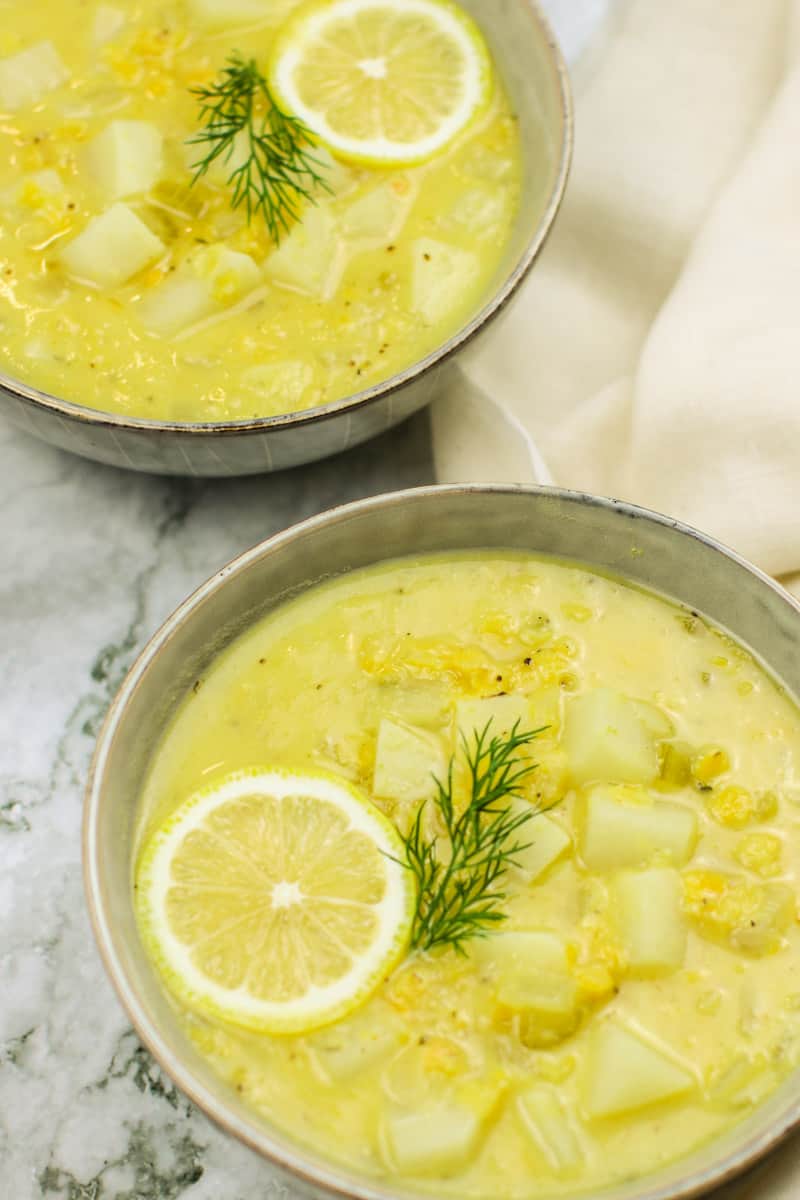 We may not be able to find fresh sweet corn year 'round, but this vegan lemony lentil turnip chowder is always in season. 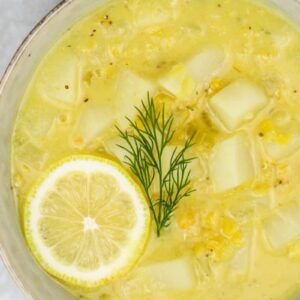