Beer cheese soup is iconic in Wisconsin. You’ll find it on pub menus all around the state. I suppose the German immigrants who settled here figured, I've got beer. I've got cheese. How bad can they be together in a soup? This Wisconsin Vegan Beer Cheese Soup is my happier-cow twist on the German classic. 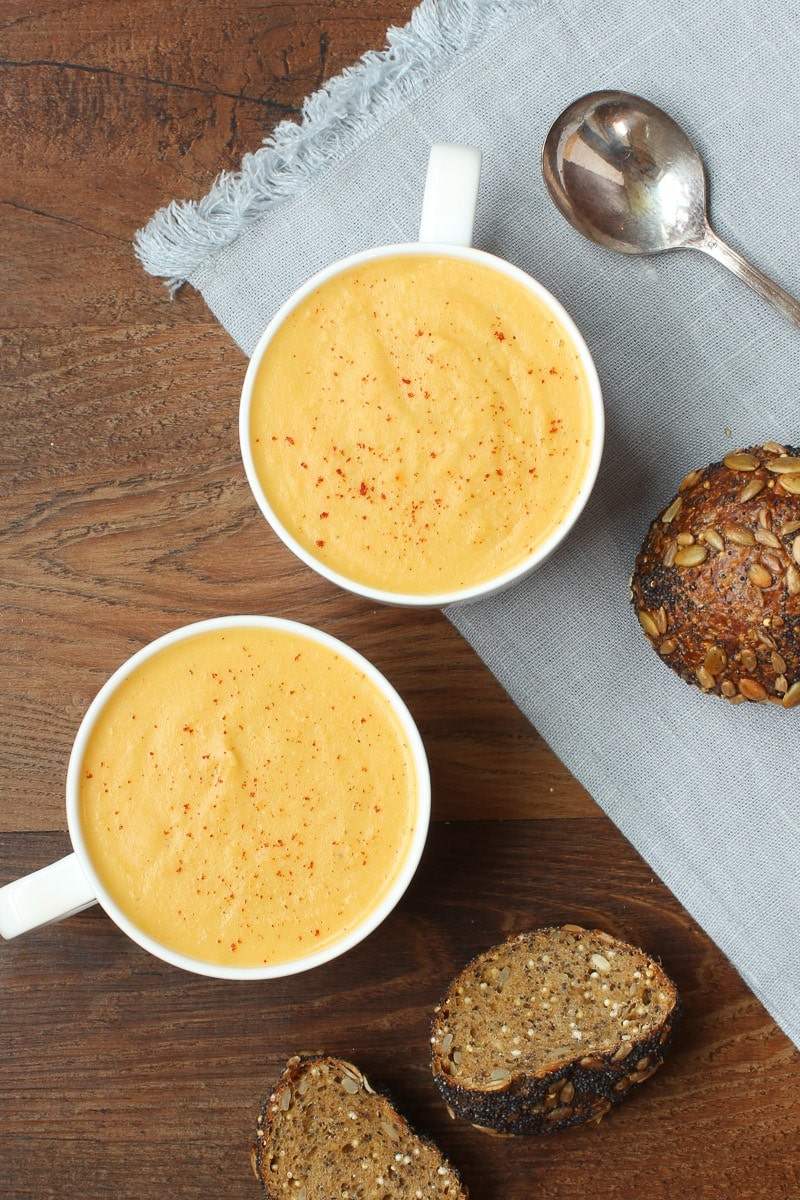 First, I love hearty soups. From my broccoli cheddar to my vegan chicken and dumplings, nothing warms your soul like a hot bowl of soup or stew on a chilly day.

For me, Wisconsin vegan beer cheese soup is right up there with vegan mac ‘n cheese as a plant-based comfort food that brings me back to my childhood. It’s 'cheesy,' creamy—and it really sticks to your ribs, as folks around are fond of saying.

Plus, it's made with Vegan Cheddar Cheese Sauce, which gives you one more yummy way to enjoy this amazingly addictive recipe. 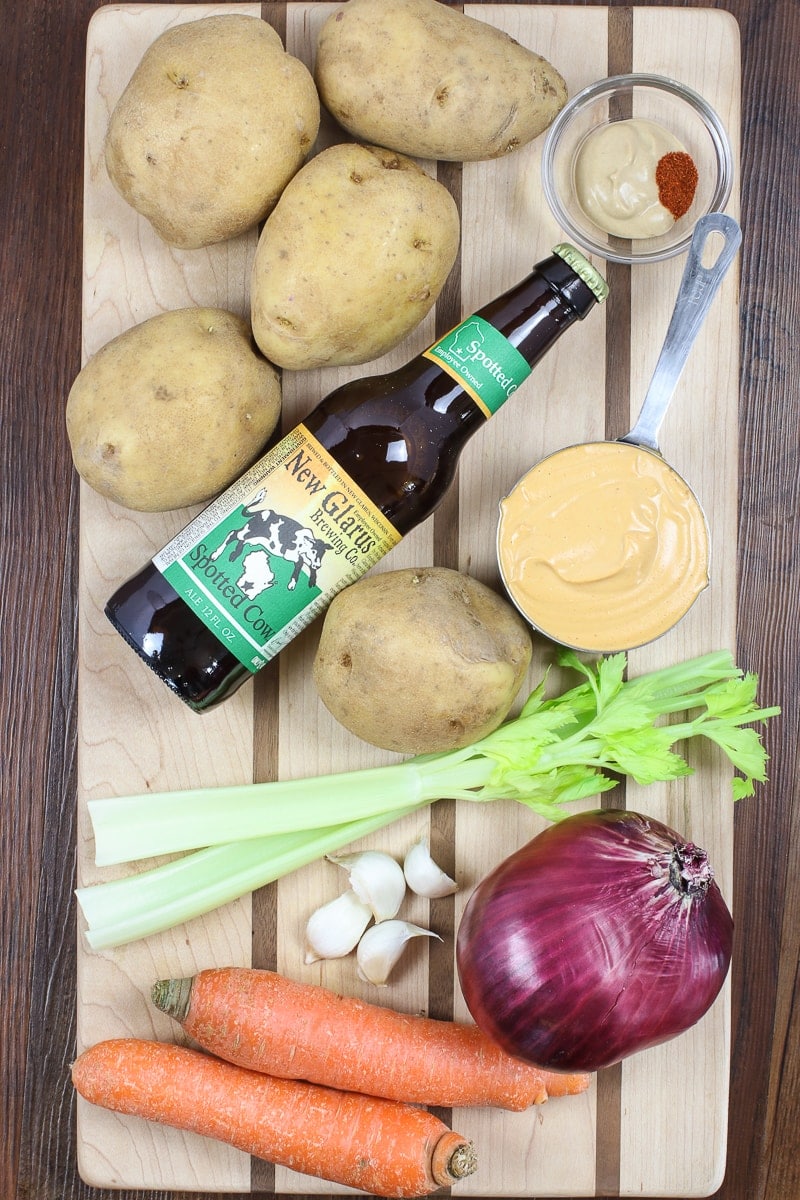 While it doesn’t top the list of the healthiest whole food plant-based recipes (it’s a bit high in fat and low in fiber), I’ll always come back to comfort food faves like this hearty soup from time to time. You may just want to enjoy it with a nice salad. 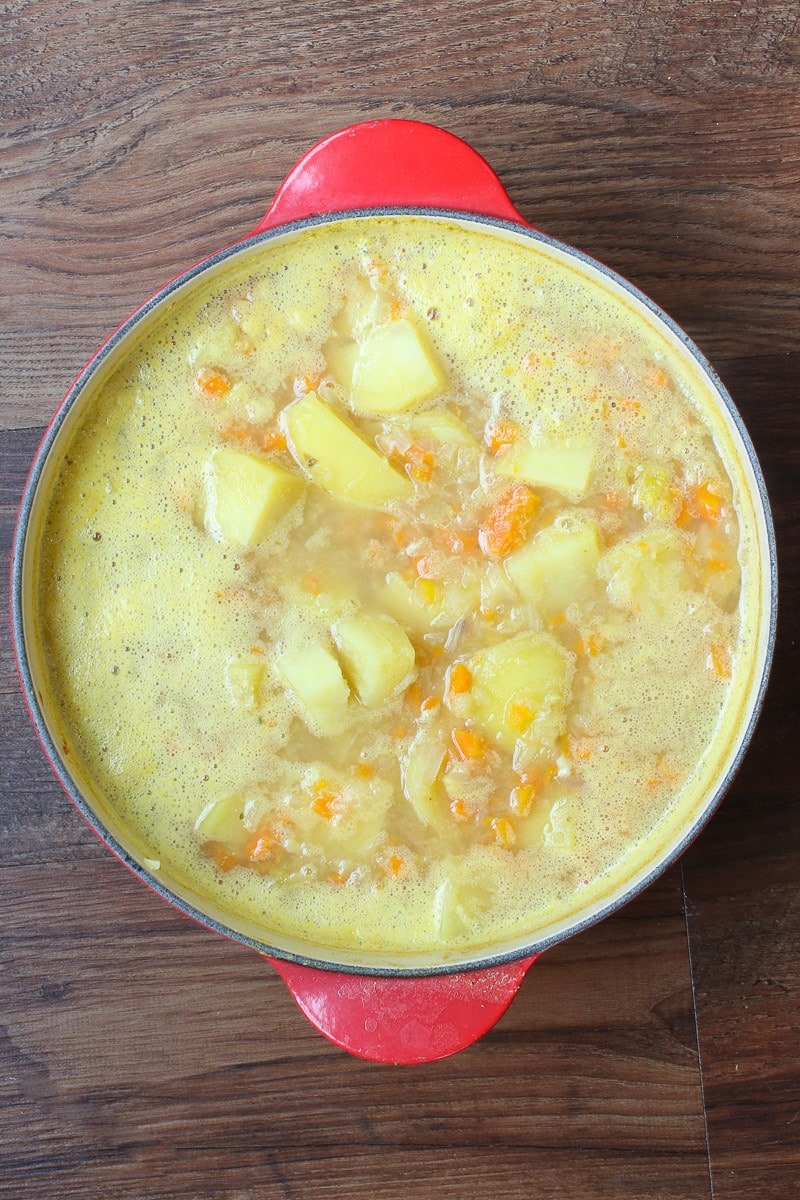 Okay, so this is not your traditional beer cheese soup. That would begin by making a roux with flour and butter, then adding milk to create the base. To work a little more nutrition and substance into this vegan beer cheese soup, we use potatoes as the thickener. So this recipe is actually a bit of a ‘potato cheese soup/beer cheese soup’ hybrid. But you're good with that, right? 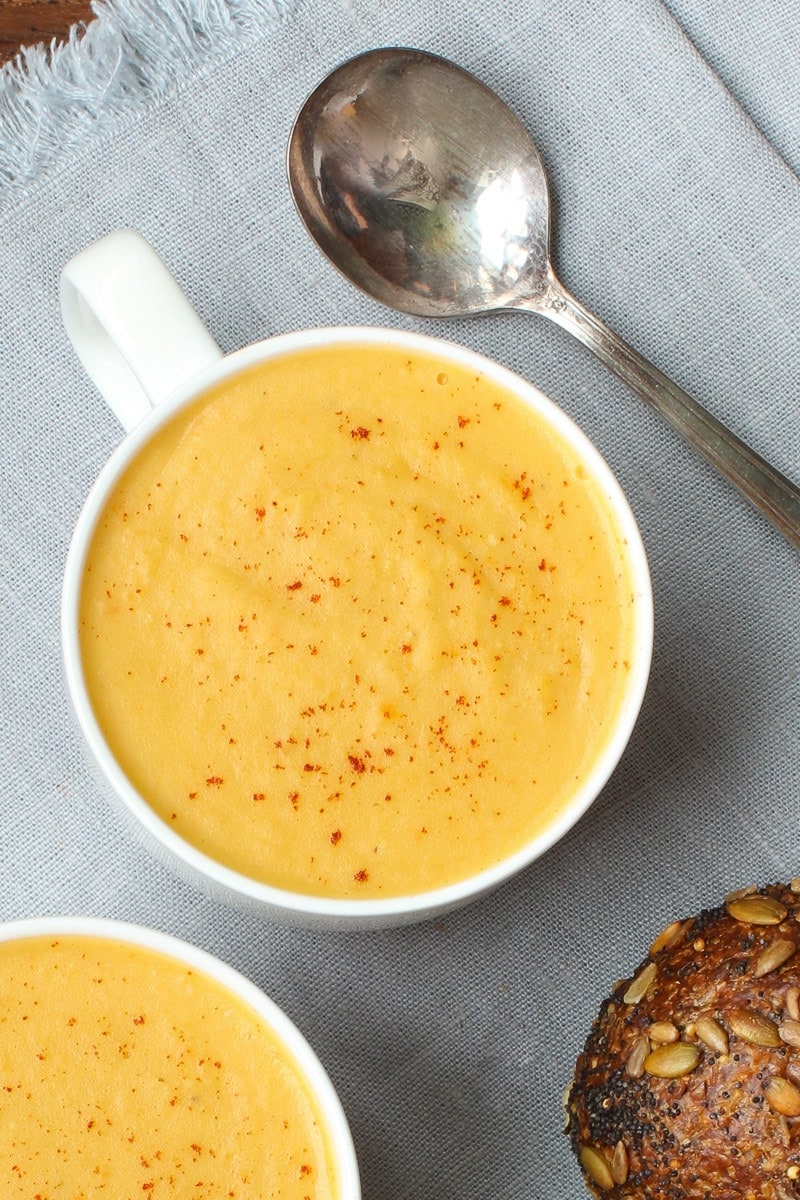 Of course, when making this vegan beer cheese soup, it’s important to choose the right beer. It may be tempting, but I wouldn’t use a dark beer like Guinness or an IPA as they'd tend to overpower the soup. I recommend a lighter amber ale or farmhouse/American cream ale here.

And of course, you’re going to want a beer that’s vegan. To find out if your beer is vegan, you can check the website barnirvore.com. It’s a great resource for researching vegan spirits, wine and beer. 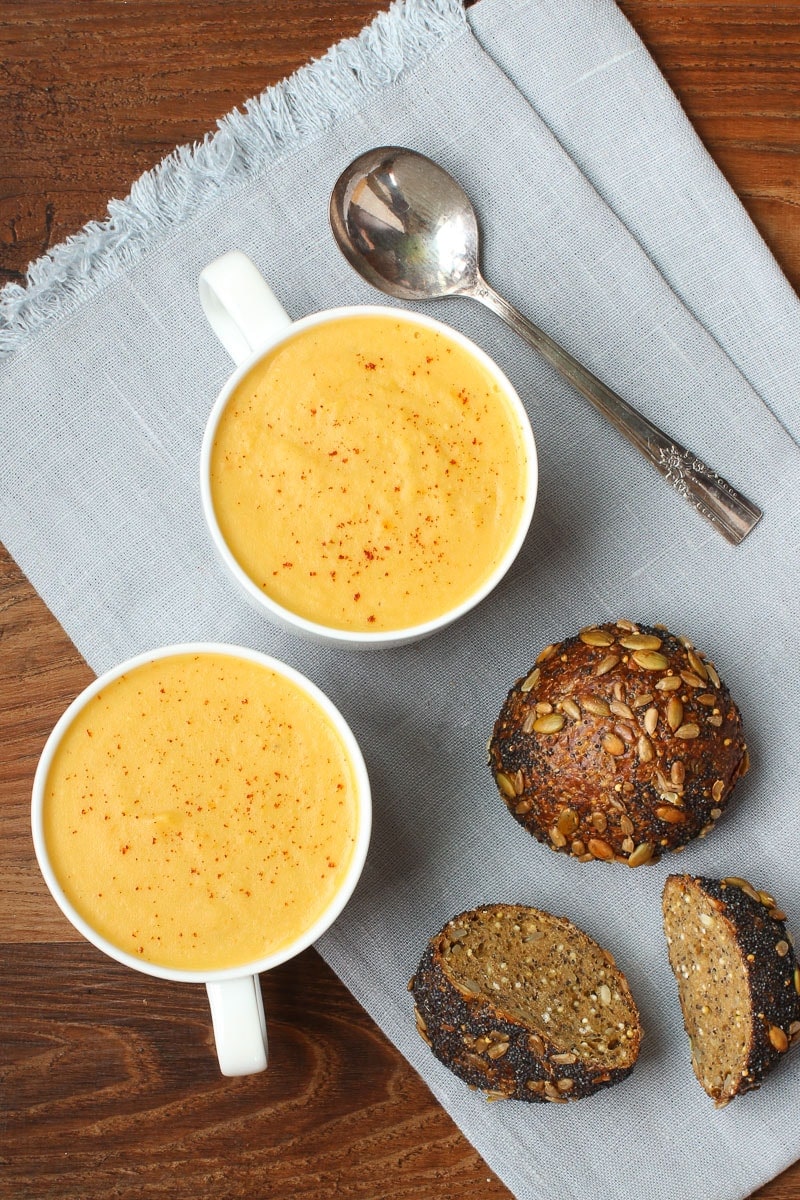 For my Wisconsin vegan beer cheese soup, I chose a popular local beer called called Spotted Cow by New Glarus Brewing Company. Their website describes it as a 'naturally cloudy farmhouse ale.' This brewery makes some excellent beers, all of which are vegan. But you can only get it here in Wisconsin, so you’ll have to travel here to try one if you’re out of state. I recommend coming in the summer. 🙂 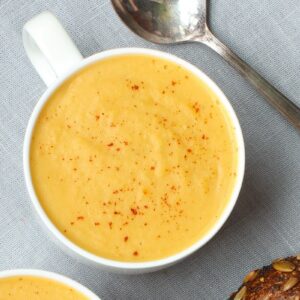 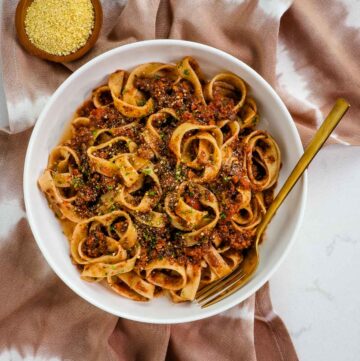 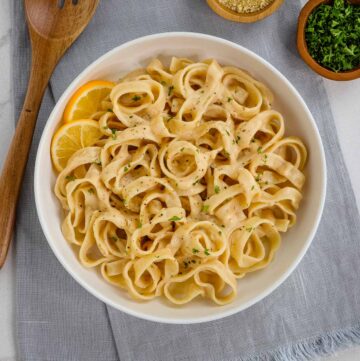 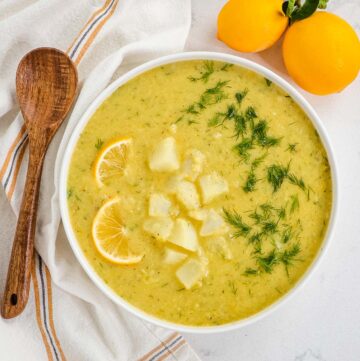 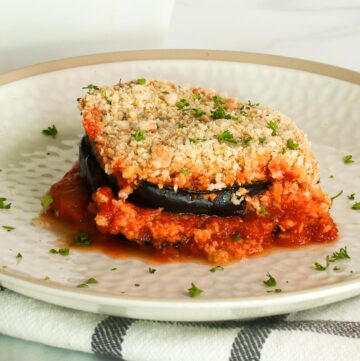 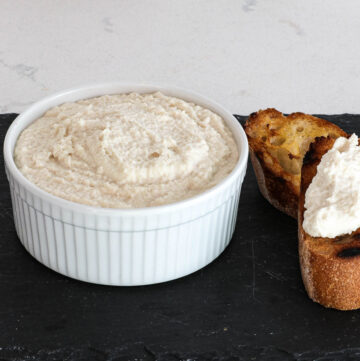 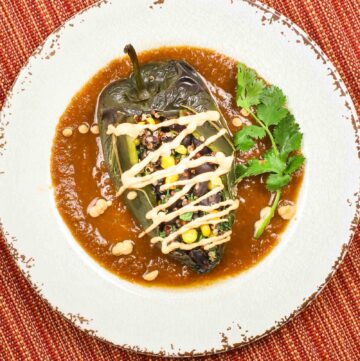