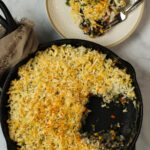 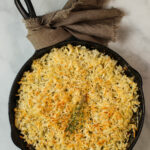 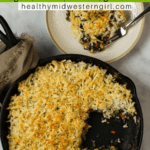 I love shepherd’s pie. But I hated how long it took to make! No matter how I tried to vary recipes, they always seemed to take about an hour, give or take. So I set out to speed up the process. A LOT. If you’re a fan of quick and easy recipes that taste amazing, this may just be the best vegan shepherd’s pie you’ve ever made. 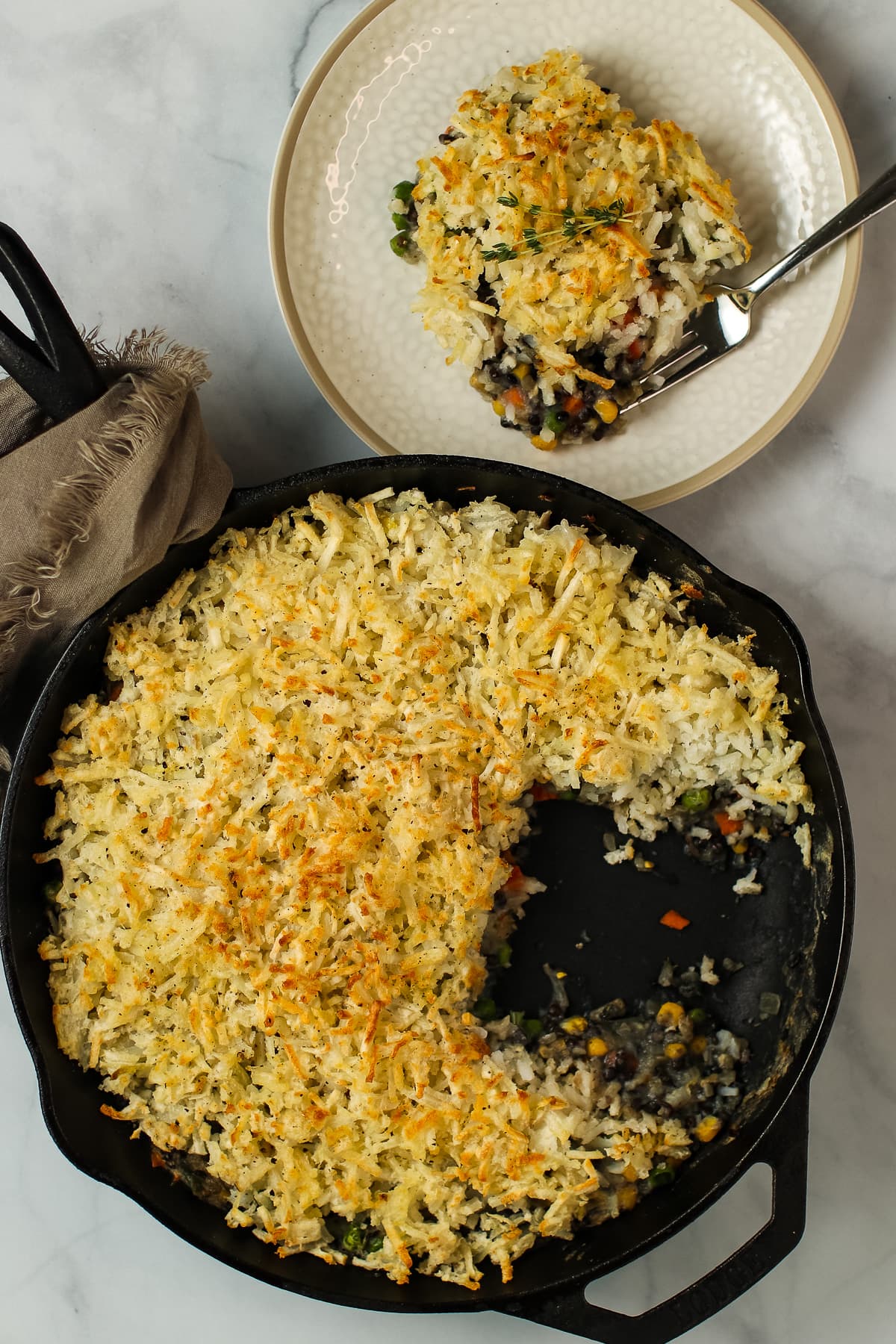 How do you make vegan lentil shepherd’s pie—fast?

First, there are only seven ingredients. Yay! Second, there’s little chopping here—or even none at all. (And no potato masher, either.) I love this recipe with onion, garlic and fresh herbs (thyme). But you can use dried and make it even faster.

Third, you use frozen hash brown potatoes and frozen mixed veggies (thawed), and canned lentils. Worried it won’t taste as good as fresh? Well don’t—it’s absolutely delicious. Not only do these prepared ingredients this speed things up, this recipe will become your go-to when you’re overdue for a trip to the grocery store. Keep the ingredients on hand, and you can whip this up when your fridge is practically bare. 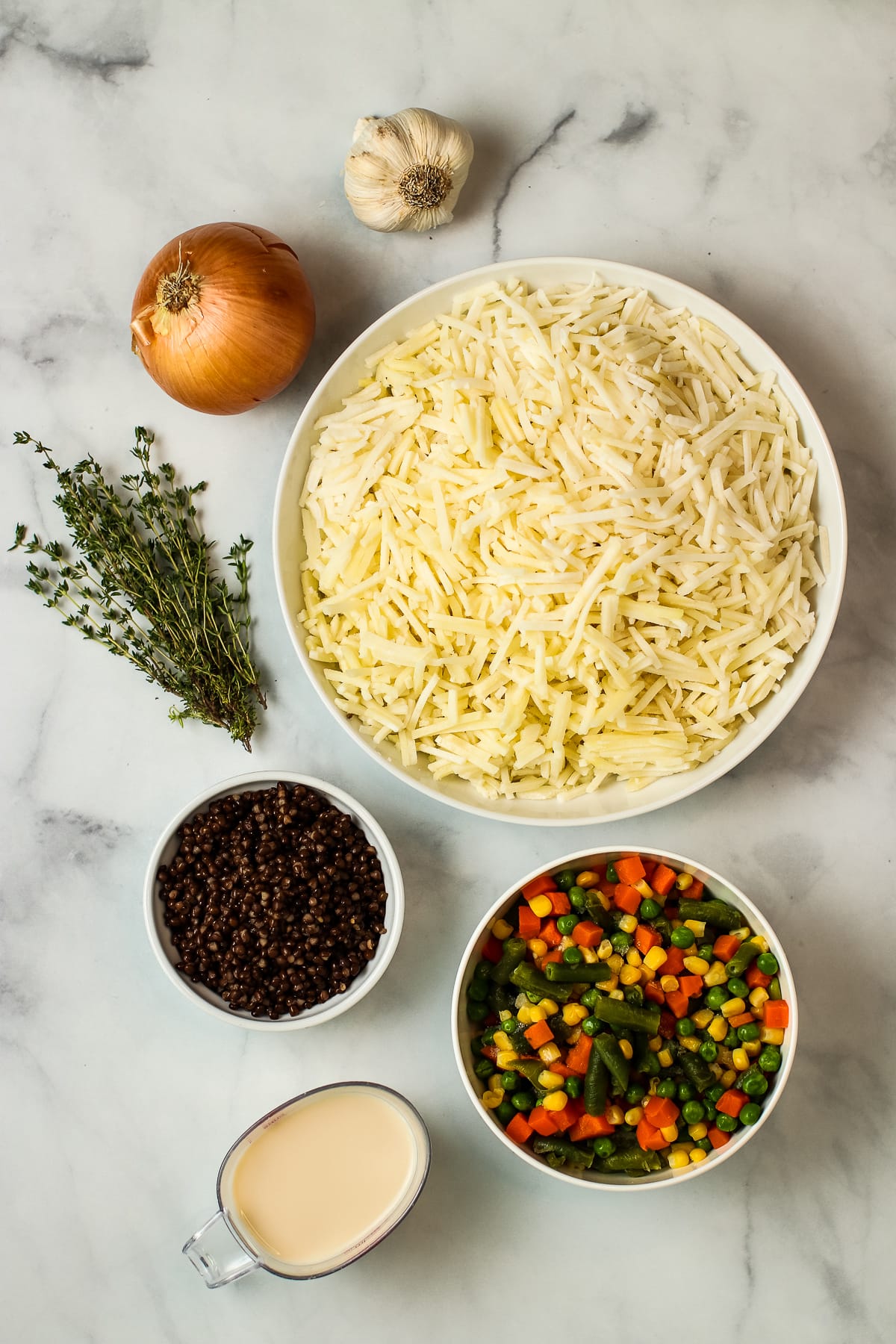 How to Make the Recipe

Here’s how to do it, with step by step instructions:

(Please make sure to read the full recipe at the bottom of the page!) 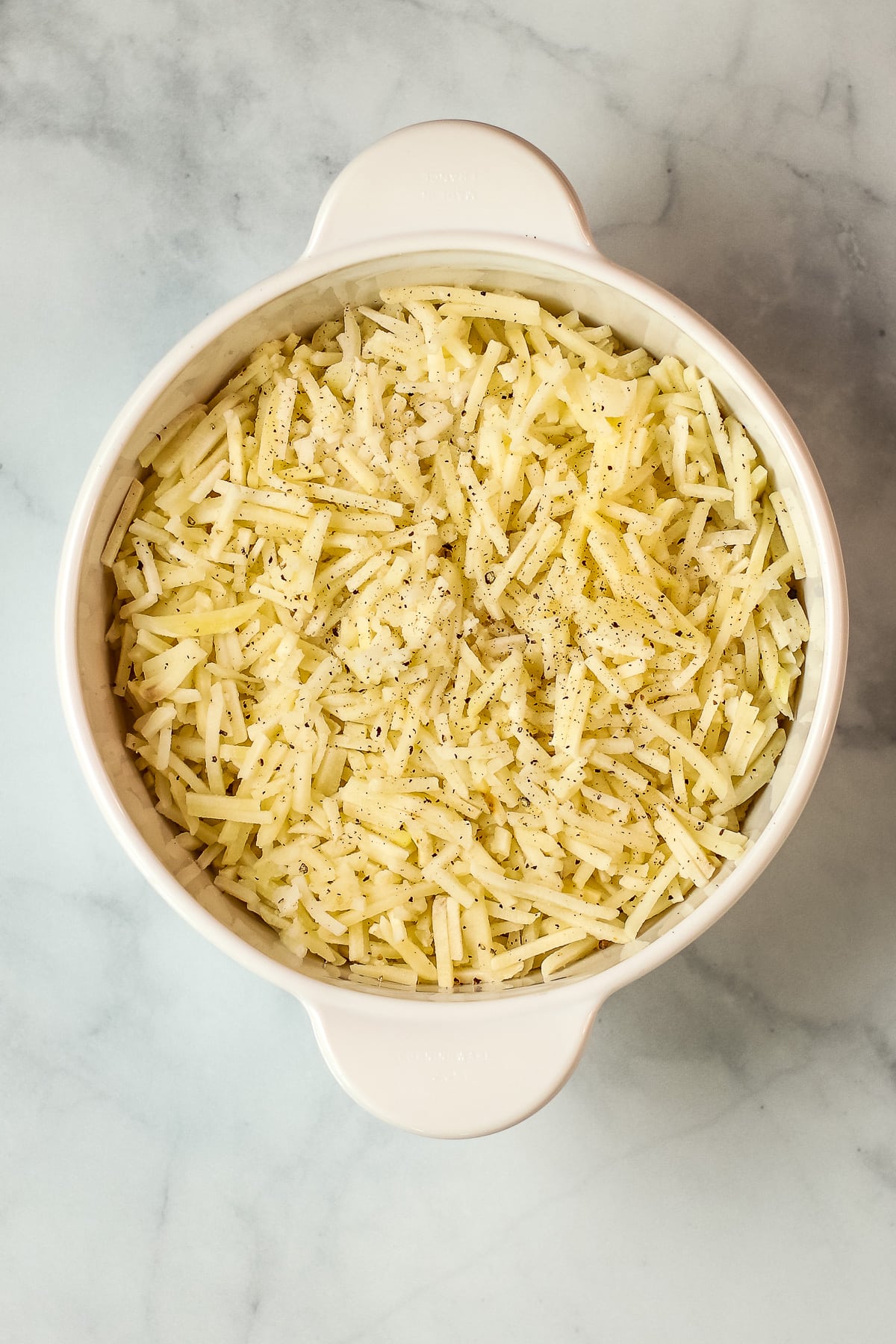 Step 1. Cook the hash browns in the microwave. 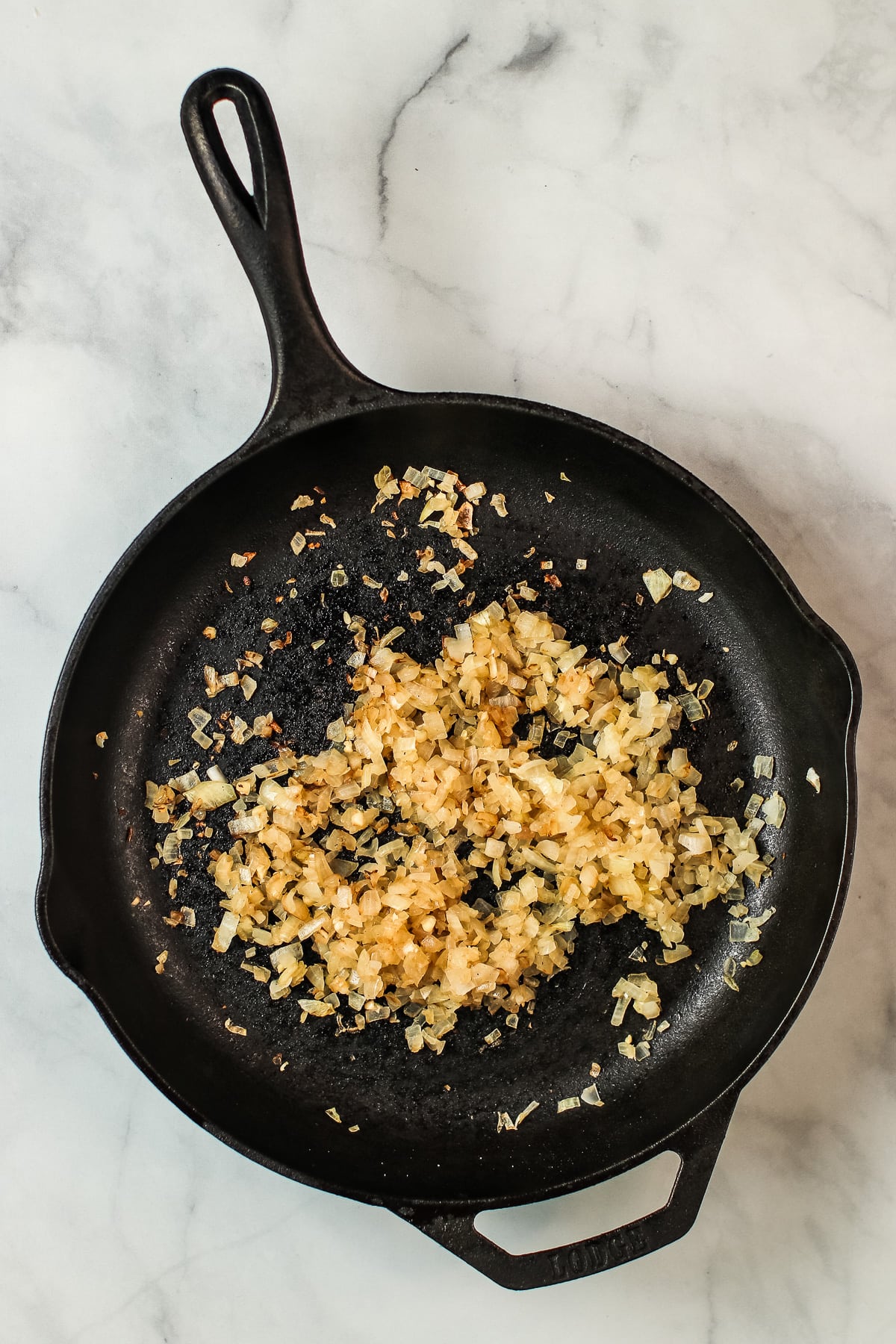 Step 2. Saute the onions and garlic in a broiler-proof skillet. 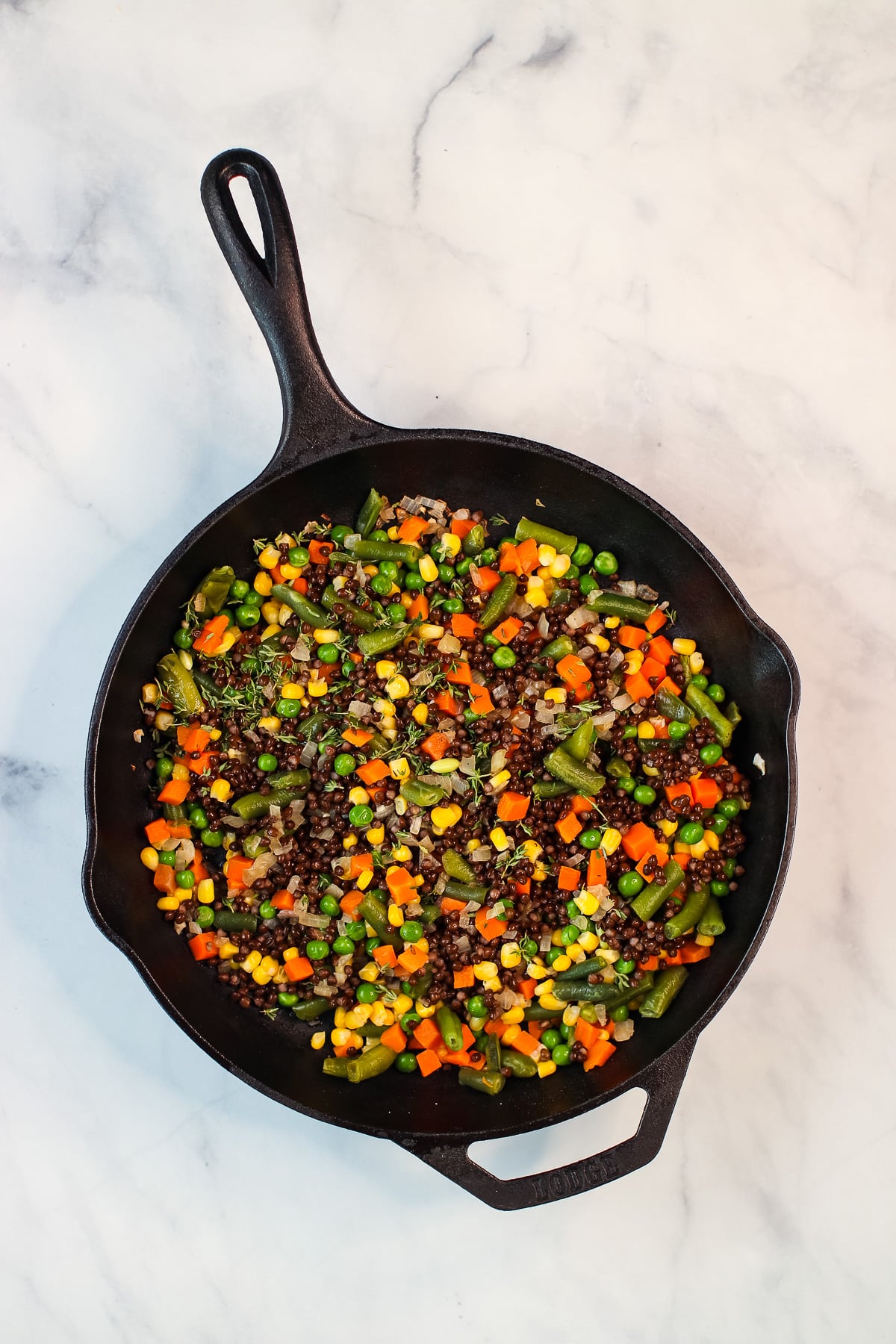 Step 3. Add the mixed veggies, lentils and thyme to the pan and heat through. 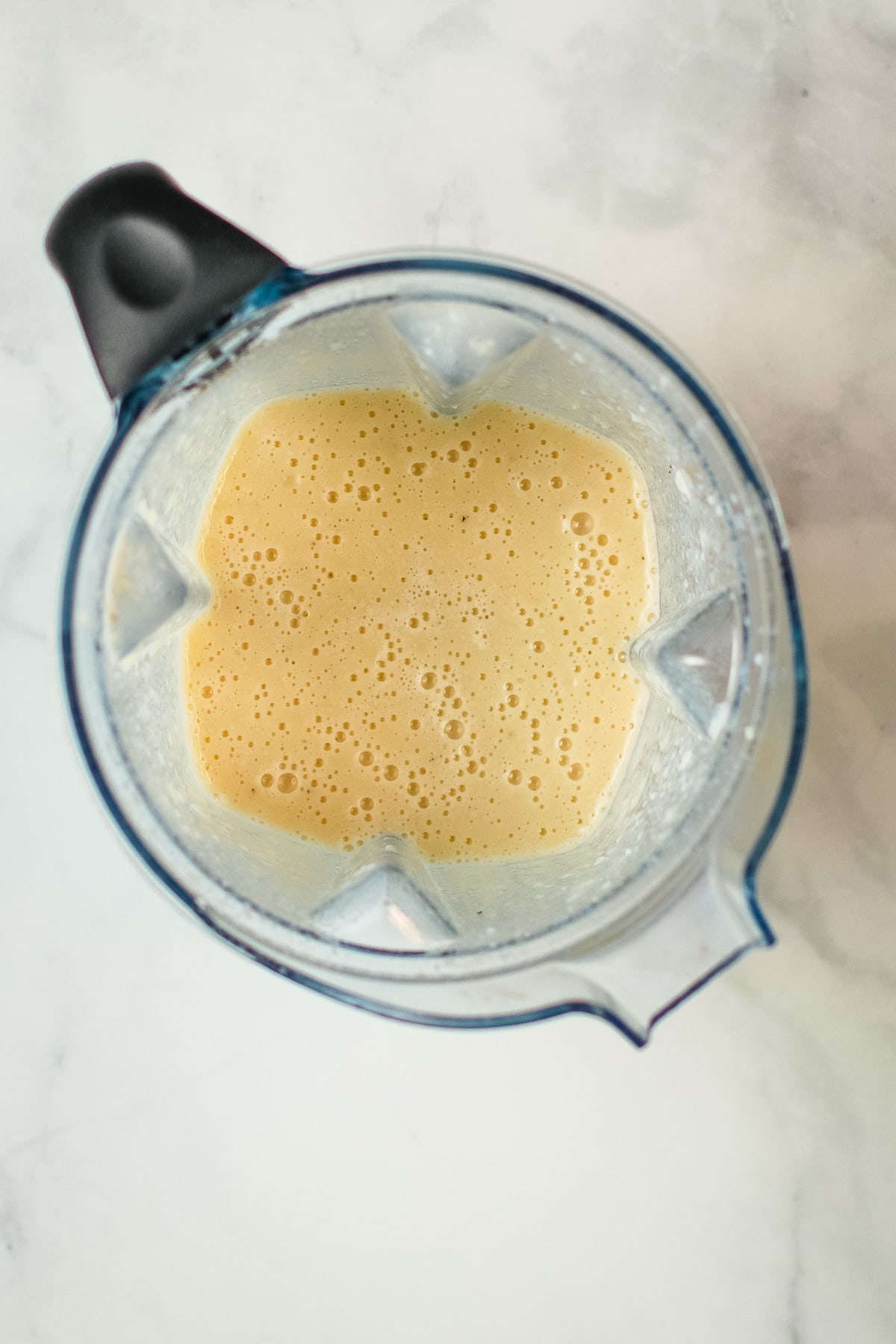 Step 4. Add potatoes and plant milk to a blender to make a 'slurry.' 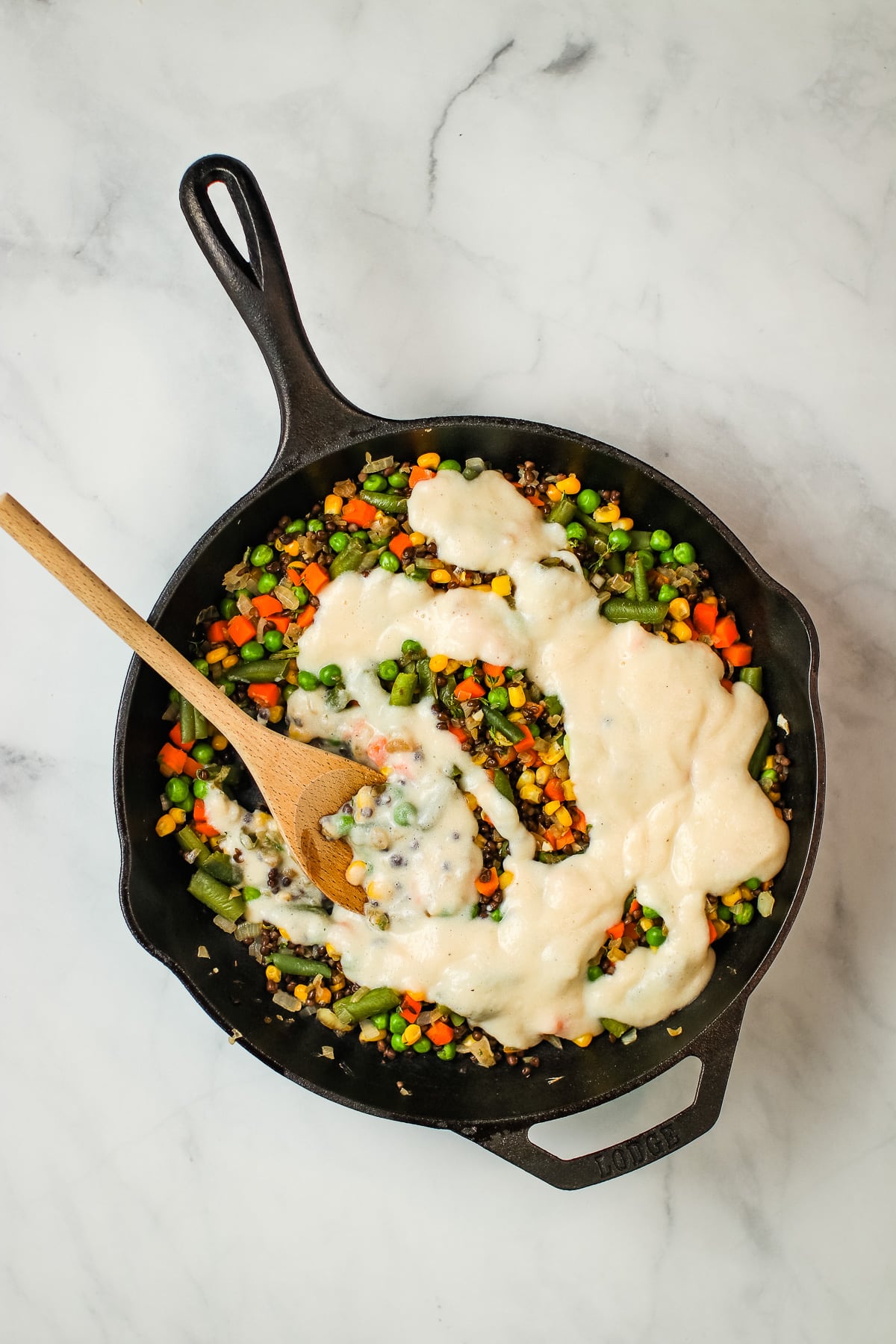 Step 5. Stir the slurry into the pan. 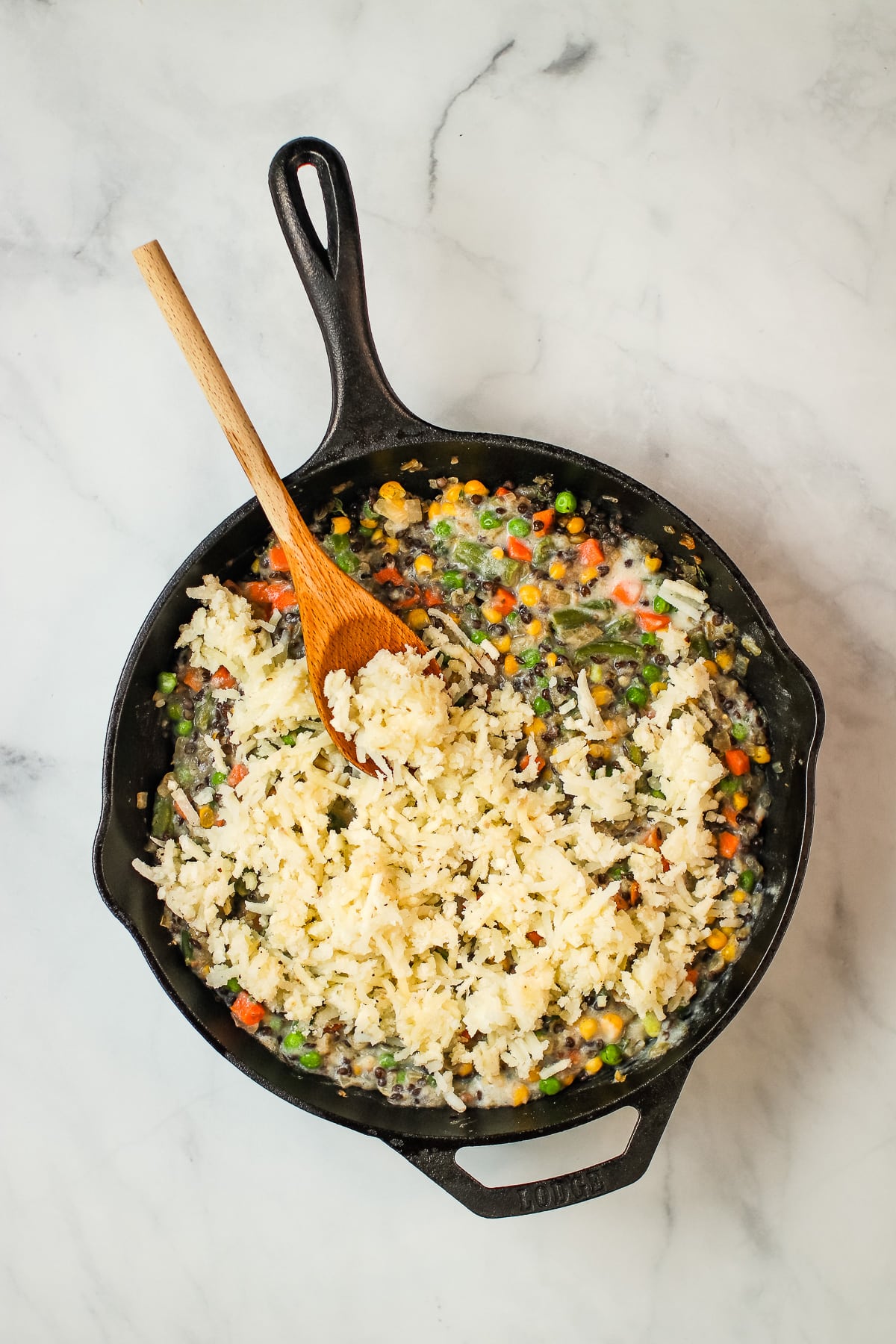 (Please also see the notes section of the recipe at the bottom of the page.) 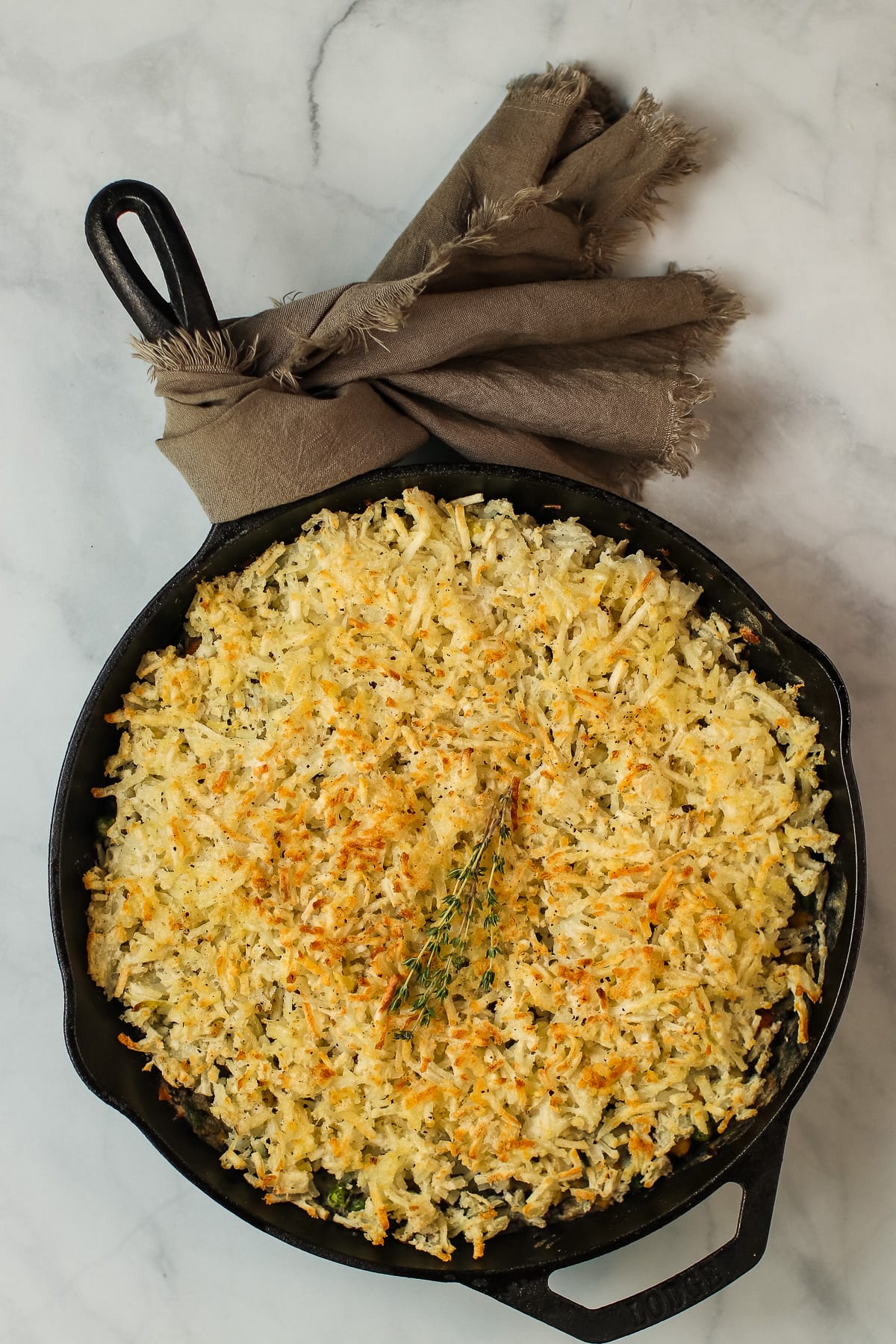 Step 7. Broil until until the topping is crisp and the filling is hot.

Can I make this shepherd's pie with mashed potatoes?

Yes, I believe so. Most recipes do, so I'm sure there is some good guidance out there. But I haven't tested this yet, so I can't provide precise instructions at this writing. I'll be sure to update you once I've nailed it down.

I used hash browns because there's zero prep. You just cook them up in the microwave. And the top gets crispy while the under side of the potatoes stay soft and creamy. Yum!

But if you prefer the tradition version with that creamy layer of mashed potatoes, I believe you can still get it done quick by using instant mashed potatoes or left over mashed potatoes. See the recipe notes for the proper slurry consistency and mashed potato topping thoughts.

Is this shepherd’s pie recipe healthy?

Most definitely. It’s made without vegan butter or olive oil. And of course, unlike traditional shepherd’s pie (made with lamb) or cottage pie (made with ground beef), this dish features hearty, healthy lentils instead of animal products.

I usually make this recipe on the busiest of weeknights—or when my fridge is all but empty—but I could see this shepherd’s pie as a tasty vegan / vegetarian Christmas or Thanksgiving dish.

If you like this recipe, you might also enjoy: Mexican Breakfast Casserole with hash browns, One-skillet Spanish Rice and Beans, Healthy Twice-Baked Potatoes, or my favorite Wisconsin Vegan Beer Cheese Soup! 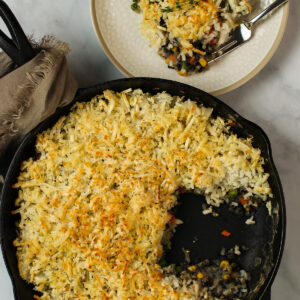 To Save Time. Hash Browns/Potatoes. Mixed Vegetables. Lentils. If you don't have a broiler proof skillet... See the post (above) for a helpful list of suggested variations and substitutions.