Best Damn Vegan Chili is one of the most popular recipes on this blog, and some of you have asked me for the Instant Pot version. Trouble was, I didn’t own an Instant Pot—until now! (I know, some of you are probably thinking, “Aw isn’t that cute? Elizabeth FINALLY got her first Instant Pot!”) So here it is: my Best Damn Instant Pot Vegan Chili recipe. 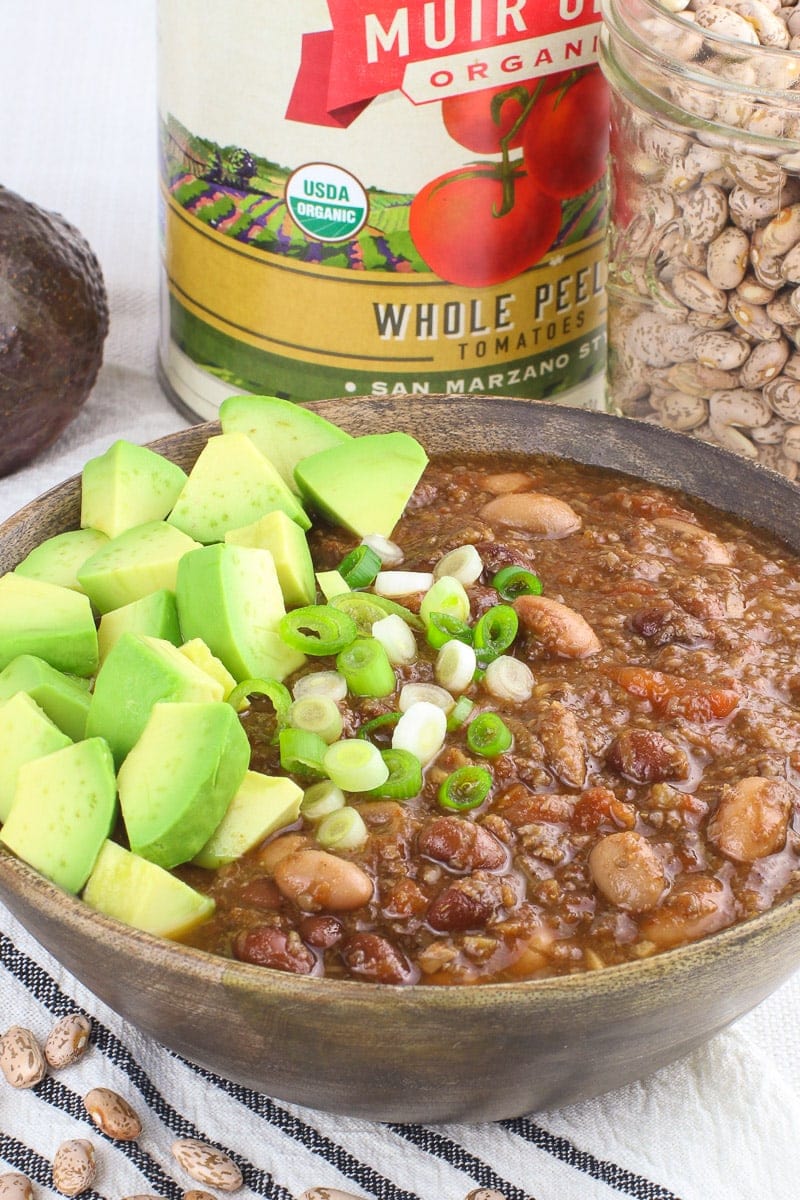 Why I Love This Instant Pot Vegan Chili

And the result? We LOVE it! While I’m not retiring my Dutch oven anytime soon, I think the flavors of this best damn Instant Pot vegan chili are a bit more married and intense from the pressure cooking. In fact, it came out just a bit spicier than the stove-top version, so if you don’t care for heat, you could cut back on the cayenne a bit.

Overall, this best damn Instant Pot vegan chili recipe is almost exactly the same as the original version. I mean why mess with a good thing, right?! It’s the same rich, hearty, ‘meaty’ vegan mushroom chili that has made this such a popular recipe. 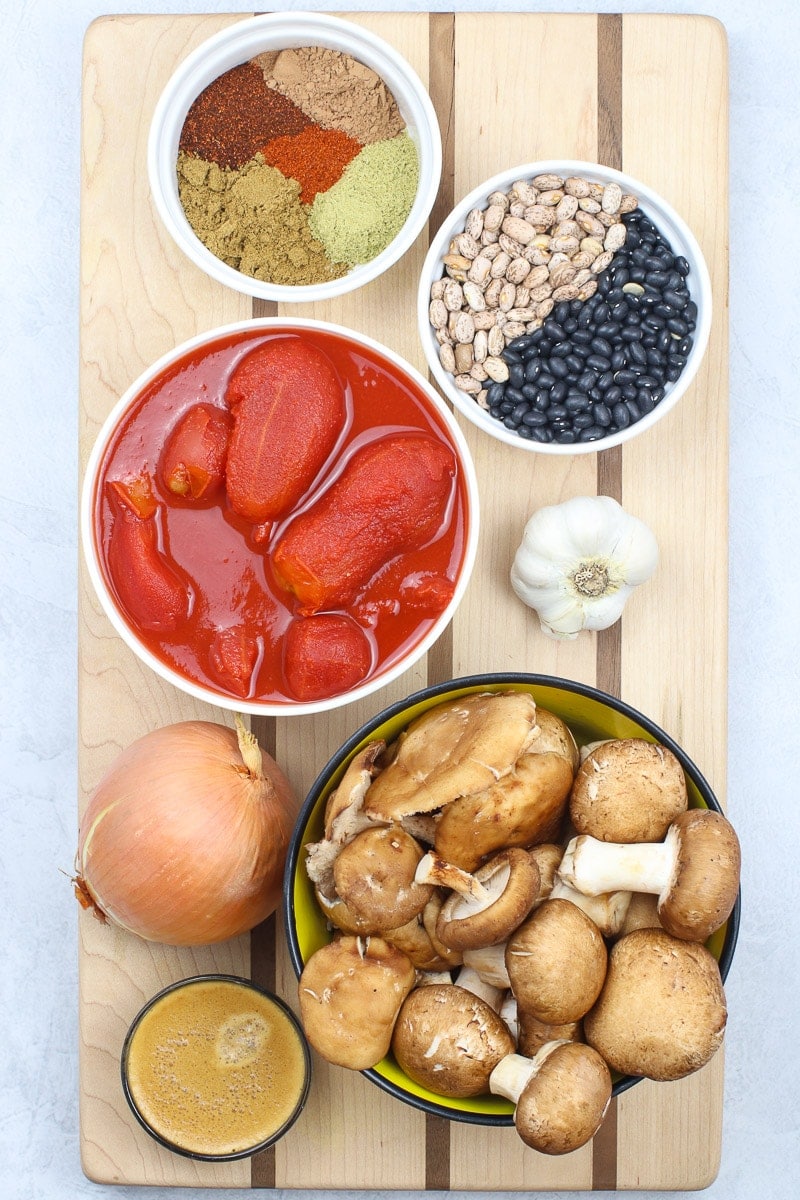 How to Make the Best Damn Instant Pot Vegan Chili

This best damn Instant Pot vegan chili recipe comes together in about the same time as the original, with similar cooking steps. You finely chop up your mushrooms and saute them thoroughly. You smash or process whole tomatoes. But for this chili, we use dried beans (soaked overnight), which cook in a fraction of the time in the Instant Pot that they would on the stove. Woo-hoo! 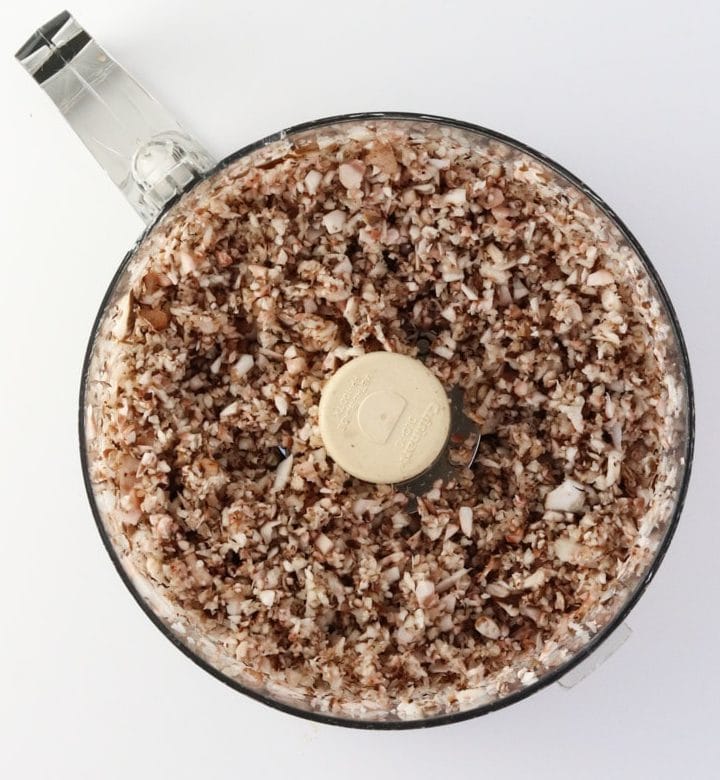 Canned beans are perfectly fine, of course. I use them frequently since we eat beans and chickpeas on a daily basis. But I can definitely discern an improved flavor and texture in dried beans I cook at home. For those of you watching your sodium, it’s obviously easier to control that too. 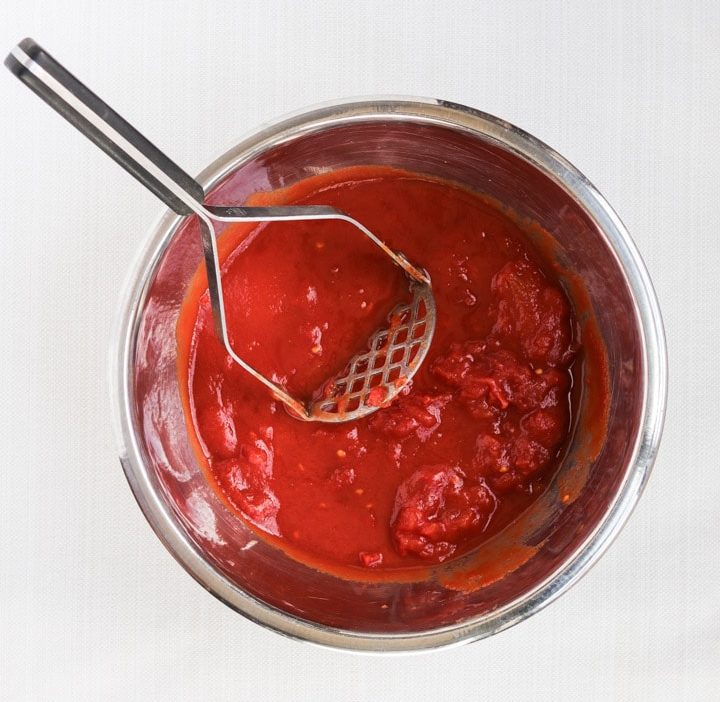 Plus, dried beans are super cheap and easy to store, so I tend to keep them on hand in abundance. The Bean Institute recommends storing dried beans for a year or less for best cooking results. (Yes, there’s a Bean Institute!)

Old beans cook slower or in some cases won’t soften at all, which can wreak havoc in executing a recipe. I’ve seen plenty of comments online where folks complained that their beans didn’t cook and their dinner was ruined. 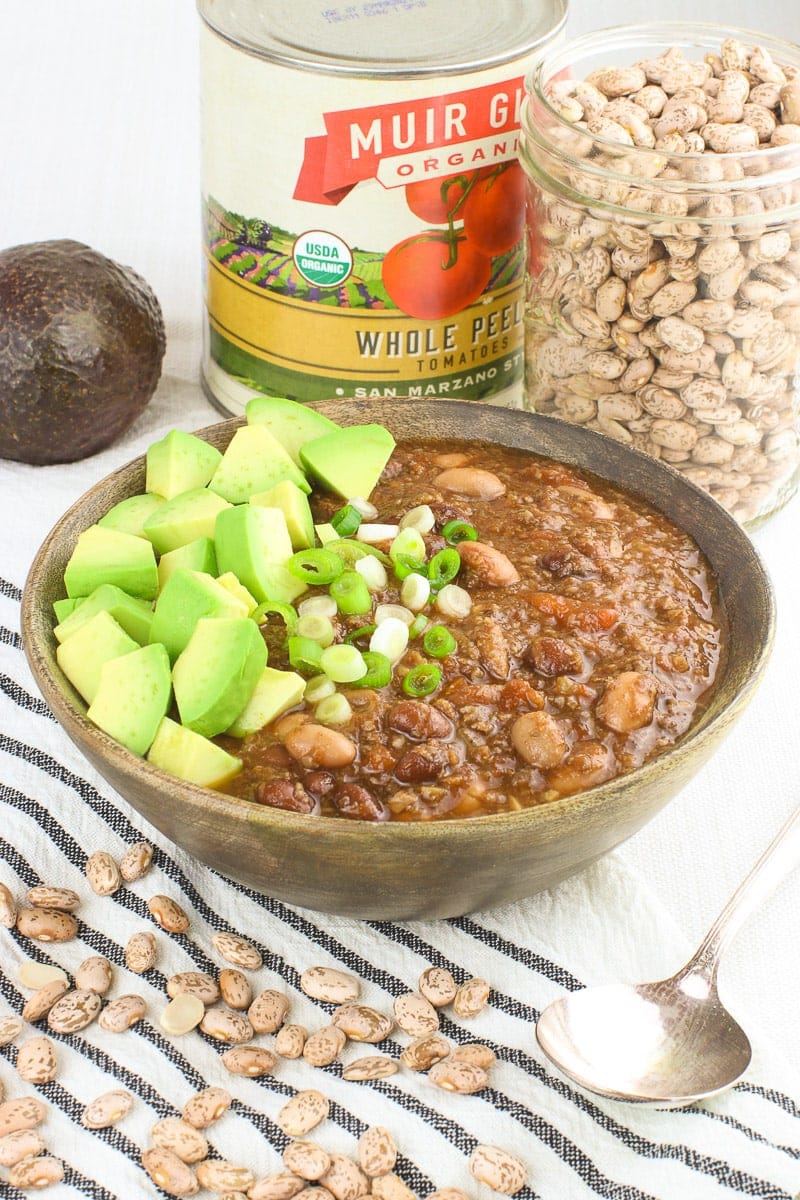 What’s My Take on the Instant Pot?

I’m at home and in the kitchen most of the time, so simmering or slow cooking vs. pressure cooking isn’t that big a deal for me. But I know it is for some of you, especially if you’re on the run a lot. 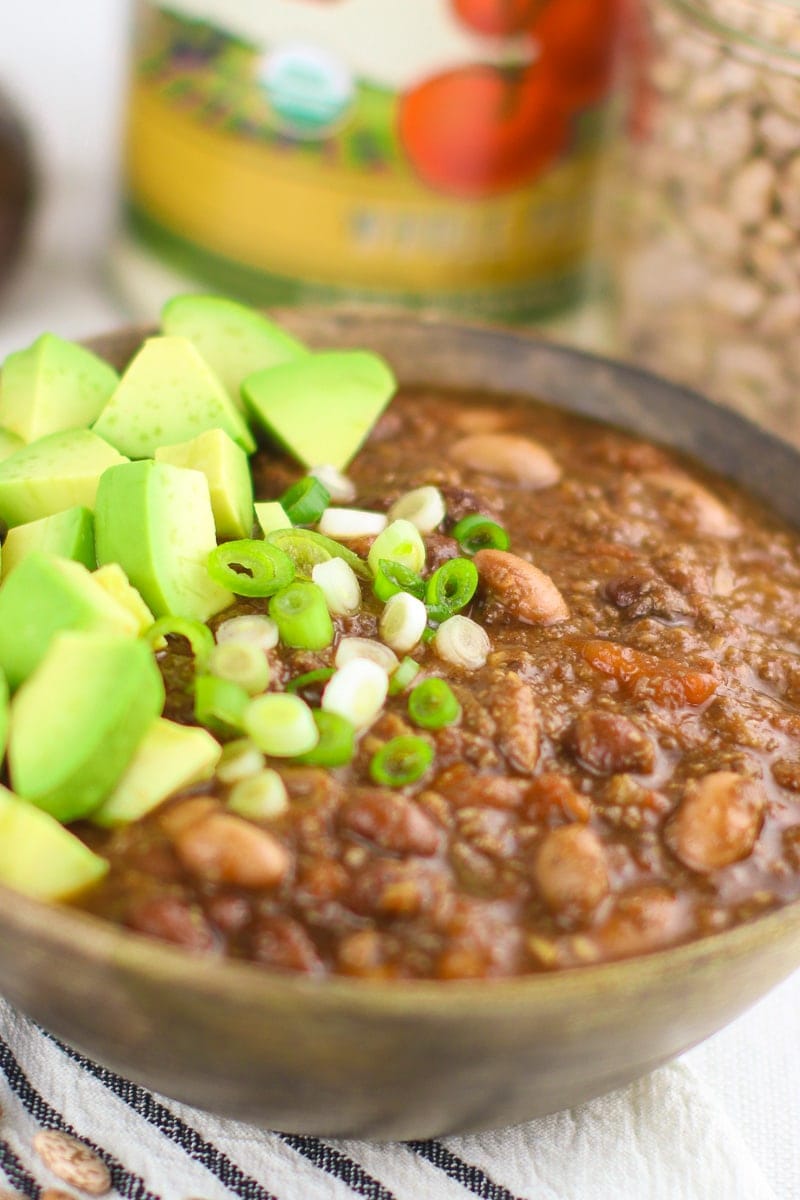 And I’ll admit now that I’ve joined the Instant Pot craze, I’m kind of excited to play around with this behemoth gadget and share some fun new recipes with you all. I don’t have much storage space at present, so knowing I’ll gain half a shelf when I donate my rice cooker and slow cooker is pretty appealing too. I just wish it had a ‘toast’ button. 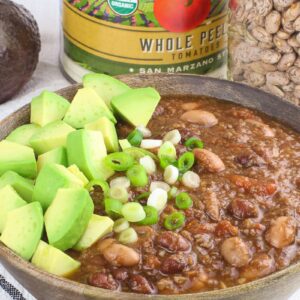